Alcohol causes cancer – and the news gets even worse

Nov 18 Posted by etedprince in Health 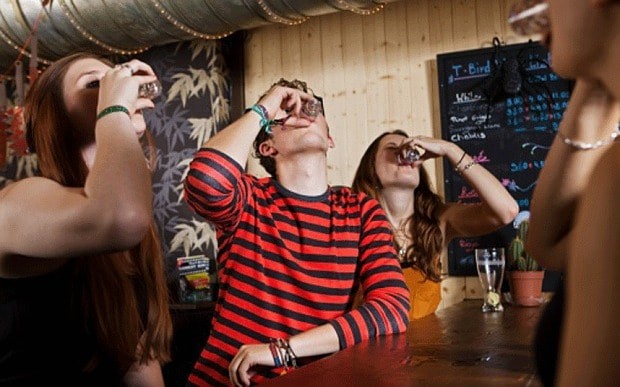 A true shock! Alcohol causes cancer. No, it’s not a fake news story. It’s been validated by respected cancer researchers internationally as well as UK government committees. It causes cancer in at least 7 sites - oropharynx, larynx, esophagus, liver, colon, rectum and breast. And it’s likely that it also causes cancer of the skin, prostate and pancreatic cancer.

So what gives? How come we just found out about this? I’m reasonably well-read and I’d never heard of this. How could it have remained a secret for so long? How come we know all about smoking and its impact on cancer and yet alcohol, which is probably even more widely used, we didn’t? Stunning is the only word that occurs to me.

The impact also seems to get worse as you drink more alcohol. That might make you feel better if you don’t drink much but the evidence seems to show that even small amounts are involved. So having an aperitif occasionally, like me, doesn’t save you.

So on a whim I decided to check out the link between alcohol and the length of your telomeres. You know, the molecular chains at the end of chromosomes that protect their integrity. They get shorter as you age and they are a pretty good indicator of how much cellular damage you have from aging.

Here’s the bad news. Recent research also shows that the more alcohol you drink, the shorter your telomeres. In other words alcohol is leading to aging at the cellular level. That’s why drinkers get all that saggy skin and so on. But it’s not just the skin, its everything.

Drinking makes you older at the cellular level. It means you are more likely to come down with all the usual bad suspects, including cardiovascular disease, diabetes, cancer and dementia.

So it’s starting to look like alcohol is like smoking, except even worse. Smoking leads to lung cancers and other sorts of cancer too. So does alcohol. Both lead to accelerated aging. Even a little bit of alcohol is bad for you. Like smoking the effects will only show up later so you don’t see anything when you get started. But the time you are an addict it’s too late to stop.

Let’s think about this some. How come no-one knew until now? Was anyone trying to cover it up, or prevent the research being conducted? Maybe that sounds like a conspiracy theory but in view of the overwhelming evidence about how tobacco companies covered up the evidence for decades, it’s reasonable to ask.

And what now? Since it appears that alcohol is a public health problem at least the size of smoking and tobacco, what happens next? Does the government need to launch a full-scale research effort to validate these findings? Even a temporary ban? What’s the response going to be from alcohol companies, alcohol shops and retailers? How about drinkers themselves? Is this another massive tort opportunity just waiting to get started?

And what about cancer sufferers? Those who still survive? Will they start lawsuits against the alcohol companies and suppliers, and against everyone else in the supply chain such as hops growers? How about advertising companies?

I’m probably only hitting the tip of the iceberg here. There are enormous ramifications, social economic, legal, and medical to name a few. How about countries such as Russia whose average age is actually declining because of overuse of alcohol? How about all those lives ruined by drinking alcohol? Before the research we thought the problem was just (!) addiction. Now it’s cancer, disability as well as death.

Even if you don’t get cancer from drinking alcohol, you still age faster than you would otherwise. It’s Hobson’s choice. Not good.

This is a true biggie. You’re going to see a lot more about this one.