BREXIT is just a sideshow – the main act is European disintegration

Dec 01 Posted by etedprince in Government 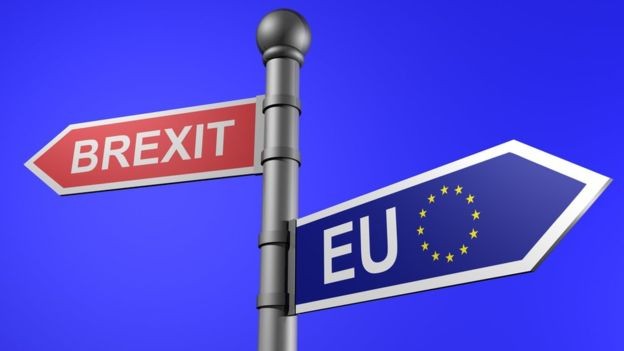 It looks like BREXIT is a mess. It’s fiendishly complicated. I already posted on this in 2016 (“BREXITed - UK Gain, EU Pain”). My thesis was that BREXIT would hurt the EU far more than the UK. Now I’ve had more time to consider the issue what’s my lowly opinion now?

My opinion last time concerned the short-term, what would happen in the next 5 years or so. My opinion hasn’t changed but I’ve now realized there’s a much broader issue which I think most people are missing. That issue is what happens to both the EU and the UK in the longer term. Of course, what is true of the short-term doesn’t have to be true of the longer-term.

Various commentators have studied a couple of possible precedents. One is New Zealand for whom the UK was its biggest export market. The other, weirdly enough, was the Reformation (1534) under King Henry VIII of England. In this case England broke away from the economic umbrella of the Vatican. In the case of New Zealand, it did fine, after a wrenching break. Following the Reformation things are a little harder to read, but the net is that England did not collapse and 100 years later was better off.

But there are so many variables in the case of BREXIT, even my short-term conclusion is at best heroic, and at worst totally baseless. The only way we can get a grip on the issue is by looking at the underlying trends to see where they lead in the longer term.

We can view the EU as being the front-end of the formation of a new empire, this time an economic empire. The UK became part of it and now it’s breaking off. Now we’re on familiar ground since this has happened hundreds if not thousands of time in the history of the world. In fact, every time an empire breaks down, it’s a slow process and the breakees usually make out well over the longer-term.

The EU is the successor to many European empires; the Spanish and Portuguese empires, the Austro-Hungarian empire, the German empire under Bismarck, the French empire under Napoleon and the British empire under various leaders. But there are commonalities. One is that for most empires you had a succession of strong leaders. The other is that they are strong militarily and can and do defend their empires militarily and successfully, otherwise there’s no empire.

That’s where the differences become striking. The EU now has no commanding leaders and hasn’t had for some time, even if you include Angela Merkel. Margaret Thatcher might have been included but where wasn’t a Euro leader. So, the central personae are lacking. Can you think of any successful empires that were founded by bureaucrats?

Most importantly the EU has no military. Its military expenditures are low, and it can’t defend itself. NATO is really an American deal and the EU can’t rely on the US. Only 2 members of the EU have a military that is worth something and one of them is the UK that is leaving. The other is France, but it’s unlikely that the EU could rely on just one member to do the heavy lifting in time of war.

Moreover, the EU’s economic and social institutions are breaking down. On the economic side Brussels hasn’t been able to do anything about keeping financial discipline as we see with Italy and Portugal. On the social side the Schengen area is breaking down into national fiefdoms. Several members of the EU are themselves possible leavers including Italy, Hungary and several other Central European countries.

Moreover, the EU countries are themselves under continuous and increasing military threat from Russia. Empires break down once their internal institutions start to decay, and challenger countries see this and start preparing for military action, so they can be next cab off the rank. That is a good description of the EU countries right now.

The EU countries cannot defend militarily what they have now. That’s why the Baltic and Scandinavian countries are deeply concerned with the status quo. It wouldn’t take much for the whole enterprise to break down irretrievably. How many more BREXITs would it take for that to happen?

In other words, the long-term trend we really need to look at is where the EU is going, not the UK. I might be right or wrong on how this break will work out for the UK but it doesn’t really matter. The big news is what happens to the EU, not what happens to the UK. And that doesn’t look good.

My bet is that the UK will do well when it leaves because it can try new things without being shackled by European laws and weak European leadership. But I might well be wrong. In that case its economic and social institutions might well decay.

But in both cases, it will within an environment where the EU itself is slowly breaking down and where a slow process might suddenly and unpredictably turn into a fast one – not necessarily through  a total war but a series of contretemps like Georgia, Crimea and other disputed trouble spots – like the hot-off-the press Azov Sea hotspot - that all meld together into a decisive transformation of the situation on the ground in Europe.

BREXIT of course will tend to catalyze the process of EU disintegration and hence of military weakness by giving encouragement to other potential exiteers. To the extent the UK does well, that will provide even more encouragement to them and encourage external military threats.

Can this process of EU decline be halted? Yes, but only if the EU gets a real military and is prepared to defend itself independent of NATO. If not, it’s toast.

Right now, the press and the commentators are focusing on the wrong thing. BREXIT is a sideshow, not the main act. The UK performs a valuable role in its own way, but it doesn’t really matter because it, like everyone else, is observing history from the sidelines.

The UK is a bit player and doesn’t matter in the overall scheme of things. It’s the decay at the center of the proto-EU empire that’s the big story and so far, it doesn’t look good. A repeat of every other empire that ever lived.

And we’re now late in the game.