Do girls outperform boys mentally – and what does it mean for neuroscience?

Aug 09 Posted by etedprince in Neuroscience 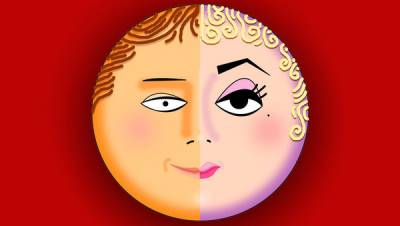 Did you know that most university graduates in Saudi Arabia are women? That’s something; even where they can’t drive a car and can’t go outside without a male guardian of some kind, they still beat the pants (or whatever they call them) off the Saudi guys at university.

It’s starting to look like when you treat women equally to men, they end up outperforming them. We didn’t see that one coming right?

To say that this is having huge social ramifications is an understatement. It means that many women can’t find men they want to marry since they are beneath the girl's educational level. It also means that an increasing number of men can’t even get jobs, or not good ones anyway. Not just in the US; everywhere.

So why does this occur? It’s not culture because it’s happening everywhere. There have been numerous reasons adduced for the issue.

One of these reasons is referred to as the feminization of education. These days most teachers are women. Does their gender affect the way they teach? When a boy is taught by a woman, is he mentally capable of receiving the cues that she is sending? Is the public school learning environment more suitable for a girl? Is the widely perceived “problem” of ADHD in boys actually really just a normal learning style for boys?

The only conceivable reason is that it has something to do with how girls function mentally. In other words, it’s a problem for neuroscience.

Is the problem that we view the neuroscience of boys and girls as being the same a fundamental problem? Should neuroscience be taught in two flavors, one being male, the other being female neuroscience? Is the idea that men are from Mars and women from Venus really true in the realm of neuroscience too?

Whatever the case, the fact that boys are falling behind girls educationally is true just about no matter where you go in the world. And this is universally leading to poorer jobs and life outcomes for men.

The disparity has other even more awful impacts. The problems in the Middle East are exacerbated by millions of uneducated young men whose best hope for a job is a living wage from ISIS. Or the Nusra Front. They will work for anyone who pays them and do whatever they ask no matter how ugly. Look at Boko Haram or the drug cartels in Mexico for more evidence, as if any more were needed.

As far as the immediate problem with education is concerned, I think we need to think about some radical solutions. These would include:

But this post goes beyond that, to the area of neuroscience. Some conclusions and recommendations here too: