May 11 Posted by etedprince in Leadership assessment 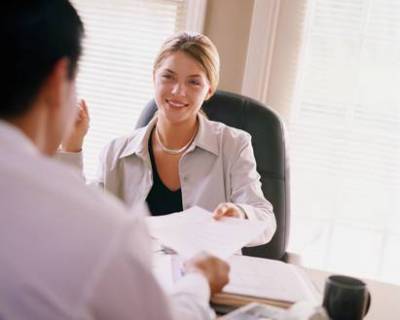 Personality tests have been around since the beginning of the 20th century. They are part of the routine for HR organizations everywhere, especially for pre-employment testing. But do they work?

Raising this question might appear to be heresy. But remember, the whole theory behind them dates from psychoanalytic and early psychological theory. We knew an awful lot less then.

Moreover the original personality frameworks were designed by psychologists who had no interest in or focus on business and organizational performance and, moreover, had never run a business or an organization of any type other than a small medical practice. And these frameworks came well before the emergence of modern economics and finance including Keynesian theory, supply side economics and latterly behavioral finance, of which we will have more to say below. The originators of these tests had never heard of decision, game theory or other perspectives on leadership behavior.

Despite the now ubiquitous use of personality tests in business, there have been some notable critiques of these which conclude they either don’t work well for personnel selection (from respected past editors of a well-known academic journal Personnel Psychology), or they only work at a minimal level (see Whitney Martin’s pivotal article in Harvard Business Review last year The Problem with Using Personality Tests for Hiring). These critiques point to a number of more technical issues such as test/retest validity and so on. But their basic premise is that the tests, alone, or (maybe) not used carefully, don’t work if you want to use them to predict the job performance of a future employee.

Naturally there has been a furious response by personality psychologists including I/O (industrial/organizational) psychologists. However it’s difficult to take their critiques too seriously for a number of reasons. They now all have a vested interest in keeping the psychological testing profession going in business. And the global market for personality tests is in the billions, so if you’re in the game, that’s not a boat, you are going to rock. In other words, I/O and other business psychologists are often acting to protect the industry that sustains them, rather than as scientists. You really have to take that into account to be most objective

Also, the psychologists are aided and supported by HR types, for whom these tests seem to be a godsend, investing limited resources in their hiring efforts with the veneer of scientific respectability. The problem is that despite their efforts in business the HR function has a terrible reputation for serving the needs those who actually run the business.

You don’t have to believe me. Just look at the influential article by management and leadership guru Ram Charan carried last year in the Harvard Business Review (“It’s time to Split HR”) or the recent talent survey by KPMG which concluded that “the Human Resources function is often viewed as being non-essential or ineffective” by HR clients in their organizations. Its survey is conducted regularly and this latest edition showed that the reputation of the HR profession has sunk to the lowest level since it started the surveys – only 17% of those surveyed think HR is effective.

Yet another problem is that newer personality tests are routinely used in “leadership development” in order to help leaders’ ability to improve their “performance.” There are a number of “meta” studies that have correlated “leadership” with organizational performance. However, the links are relatively weak, and these studies say nothing about what specific leadership behaviors may drive results. This is because modern personality leadership tests were never designed for this purpose - and in fact cannot predict the financial performance of senior leaders - which is what the vast majority of senior leaders, are really interested in developing.

One of the unpleasant little secrets of some of these tests is that their proponents claim that they are “scientifically validated” because they are correlated highly with leadership effectiveness. But what is “leadership effectiveness?” Let’s take 360s. What they don’t tell you are that these ratings are by employees who know the leaders and may be quite flawed due to their own biases, and those of the people who create them - about what makes for good leadership, and not any scientific basis. Sometimes they can essentially be popularity contests or tools to say bad things about leaders they do not like.

Nowhere do these “ratings” include objective connections to a leader’s business, financial and outcomes such as profitability or market valuation. Also nowhere does any leadership personality test correlate its findings with the financial and valuation outcomes of the organizations led by the leaders they purport to rate.

This is no doubt why personality tests have a bad reputation amongst the many business leaders (as distinct from HR or learning leaders). It’s instructive that most of the support for these tests comes not from the business side but from the HR side of the house whose business skills perceived as quite poor, by everyone but them.

Now before you stereotype me as being a typically narrow-minded business type that cares only for profits and financial metrics, let me tell you where I am coming from. I think that personality assessments can do a magnificent job telling us about the thinking ,behavior and interpersonal relationship styles of people and how they can leverage them to best effect how and whether people will “follow” them. However, there are many examples from business in which highly successful leaders exhibit “bad” behavior, yet people would walk of a cliff for them, and these leaders produce sustained positive business growth, wherever they go.

Also, their use in mental health, general and career counselling and customer interaction is hugely useful and beneficial and they are worth their weight in gold in these uses. And yes, when used in leadership development to help leaders improve their interpersonal and social functioning, they can do a really good job too. The interpersonal relationship skills of senior executives can be very important in some organizational cultures – but, frankly, not all, if you look closely and don’t ignore many obvious examples.

In other words, I think that personality tests are great for a huge variety of social and relationship applications including with employees and leaders. I think that claims that they are useful for predicting job and leadership performance, measured by outcome metrics, are pure bunkum – there is no useful or conclusive data to support this. It is just something that people who use these tests would like to believe.

And let me also detail some thoughts on the I/O and management psychology professions. I know many psychologists who worked in line manager roles on the business side of the house. Many of the ones I have known also had MBAs or other types of business training. Almost all of these truly do understand the limitations of their discipline and the need to get some real business and outcome metrics into it. The problem is that these enlightened business psychologists are a small minority of the profession. In my experience the majority just don’t get it at all, partly because they had no real business experience or role or, even worse, have come up through the HR ranks.

Also, in partial defense of the existing personality-first crowd, I would say that there hasn’t been anything else to use, so they have improvised. Some have done this very creatively. They have worked backwards from the desired business outcomes and deduce what types of leadership/management behavior would produce these, as well as the right “fit” for the organizational culture.

However, their thinking about this is, at best, highly subjective, and subject to many biases of their own, as well as the people they work with in an organization. The problem is they are improvising sub-optimally with the wrong instruments and in the process have become complicit in a huge myth that these tests can essentially be used for any application where you want to predict job performance or worse, business performance – which is really important, anyway you cut it.

Here’s the big picture from a historical perspective. When personality tests first came out they were truly revolutionary. They were generally based on a Jungian, later a 5 factor paradigm and they showed us facets of the human psyche we never knew about, at least not formally in a measurable way. That was the value of the now widely-used Myers-Briggs test (which is widely used for selection, though has no objective data to support this use). Other, newer tests can predict behavior well, but the link between these behaviors and “performance” has never been established.

But the I/O and business psychology paradigm is now dated and showing its age very badly. It hasn’t integrated any of the lessons from modern economics and finance related to leaders’ behavior. For those with a more open mind, it’s now being superseded by the new kids on the block, behavioral economics and finance. If you’re not into these you just don’t have the frameworks to understand, predict and improve modern leadership as it pertains to true business and organizational performance – results getting.

To some degree current business psychology is like Newtonian physics before Einstein. Newtonian physics, when it was invented, opened up new fields and allowed us to do things we had never done before, particularly predicting planetary motions. But it just didn’t and couldn’t understand many things, notably where gravitation and light fitted into the big picture.

This is the situation that business psychology finds itself in now. When it was invented, (and personality tests are just one part of what it teaches) it provided dramatic new insights into human behavior. But all that stuff is old hat now. Moreover it doesn’t tell us important things like how behavior is related to financial, profitability and valuation outcomes, amongst many other things. For most of the real world of business that’s a total deal-breaker to most knowledgeable CEOs and heads of business units. Often they are either “true believers” in the use of these tests or just following HR’s lead to avoid having political problems.

And the tragic thing is that the business psychology and I/O people haven’t caught up with all this new stuff that can help them better predict business performance. They are just hanging on grimly to their old knowledge insisting that it is eternally right and that modern knowledge can’t touch it.

In essence, I/O psychology has transitioned from being a science to a religion. There are still some useful parts – albeit not in the area of predicting performance – but in general it has become more akin to a cult. That’s why you get such a furious response when you critique modern I/O stuff – from the psychologists.

I/O psychology has become our modern secular version of Marxism/Leninism. Jung is the original God and anyone else - like Daniel Kahneman, one of the founders of modern behavioral economics – is an apostate.

I wish it weren’t so but someone has to call it out. The world is moving on and the new disciplines of behavioral economics and finance have provided us with powerful new tools, as important to leadership behavior in their own way, as was Einsteinian approaches were to the discipline of physics. Don’t forget that scientists truly believed the Earth was the center of the universe, and the Earth was flat. And people were burned at the stake or jailed if they purported to explain why those weren’t the case based on new observations.

As long as I/O apologists continue to try to stop the tide coming in, the overall science of human behavior in business will be impeded and slowed down. Of course, that’s normal in the history of science. But if I can do anything to help speed up the introduction of these new ideas about human behavior, I feel privileged to have played my own small part.