Humans can thrive on a totally polluted planet!

Mar 11 Posted by etedprince in Health 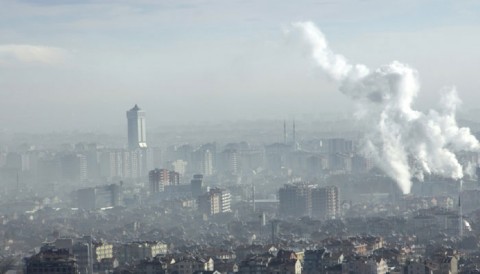 Did you see the news piece about pollution at the bottom of the Marianas Trench? It’s the deepest place on Earth. Turns out that the crustaceans at the very bottom are 50 times more contaminated by toxic pollution byproducts than fish in the most polluted Chinese rivers. So congratulation humans! We have succeeded magnificently in polluting absolutely everything on Earth.

By that I would refer to ever-pervasive air, water and soil pollution, globally pervasive contamination with high levels of plastics and numerous other nasty chemicals. It’s a scene straight out Wall-e, that prescient film about humans beings forced to leave a planet they have made utterly inhabitable, at least for humans.

Wall-e is one of my favorite films but I don’t believe its thesis. The fashionable meme is that humans are going to pollute the Earth so thoroughly that we will be forced to leave it and colonize another planet like Earth or Proxima-B. Elon Musk is one of the heroes of that particularly feel-good urban legend.

I think the environmentalists are going to hate my thesis. It’s that humans will evolve to become resistant to all of these pollutants. In fact these toxic pollutants may well become necessary to good and healthy functioning human DNA, as vital to us as vitamin D or Botox (kidding).

In other words, we’ll adapt.

So you think we could never adapt to such horrible contaminants, even when they are utterly toxic? Think again. A recent piece of research shows that a native people in a desert in Chile, where water is highly contaminated with arsenic, a serious poison, have adapted so that they can drink this water with no ill-effects. Scientists have now shown that their DNA has mutated to protect them against arsenic in their water, even at concentrations which would be fatal for a normal human.

In other words, it looks as if human DNA can evolve to protect people from toxins and pollutants which would otherwise have major adverse health effects or even death. Wall-e didn’t need to leave Earth after al! Instead he could have basked in the now-salubrious hitherto toxic pollution in the air, water and soil. What a waste! So Musk doesn’t need to get us to Mars after all!

It has now become abundantly clear that humans can evolve much more quickly than Darwinian theory suggests, even within one generation. It’s even clear that we can evolve in totally different ways through epigenetic expression and gene switches, things that Charles Darwin knew nothing about.

I’ve written on this before if you wanna check it out (“Was Darwin wrong? Why it matters”). So adapting to new conditions, including pervasive toxic pollution on Earth should be a piece of cake.

That’s good for people like the Chinese and Indians who are bathed in thick and noxious pollution. On this argument, they are already in the process of DNA mutation and adaptation. Their bodies will cope with these conditions in a way that people from non-polluted countries can’t. They will probably be fully adapted in 50 years. They are probably partly adapted even now.

What do you do about regulating pollution then if it doesn’t do you any harm? Is it a viable policy option to rely on the mutation of our DNA rather than trying to solve pollution problems which in many countries are probably intractable under their current systems of government?

Now I would personally vastly prefer clean air and water. I revel in it when I’m on my daily run. I even think it’s worth fighting for, vigorously, maybe even to the death. But we’ve also got to look at the hard facts we get from scientific research. These are telling us something new, unwelcome and very different. We need to keep our objectivity.

I realize that some readers are going to tell me that even if all of this is true, it’s going to encourage polluters and other nasty people to deny that they are polluting the planet and tell us that’s it’s all actually good in the end.

I get it. That’s a real pity. I don’t know how to address that. I have an old-fashioned belief that you just have to tell the truth.

Our pollution is likely to get worse, probably much worse. Far worse even than most of us could ever imagine.

But we shouldn’t deceive ourselves into believing that nature doesn’t have an answer to that also.

Such that we can survive and even thrive in such apparently awful conditions.