Is real behavioral change ever possible?

Dec 17 Posted by etedprince in Leadership 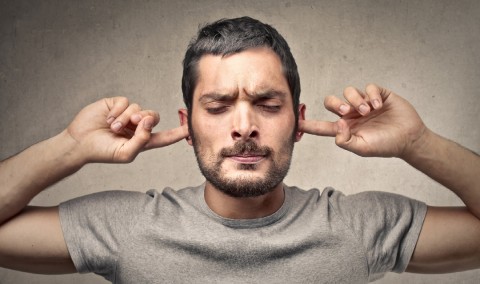 Well this is taking a different view. There is a huge supply of companies and methods to make you a better person, a better leader, a better manager and so on. And the vast majority, if not every last man-jack of them, are based on the assumption that people can change their behavior, if not a lot, then at least a little. Aren’t we humans just a little bit plastic? What about our high intelligence and associated mental agility? How did we get here anyway? Of course, we all believe it, because the alternative is too scary to even consider.

Well for what it’s worth, here’s what I see in my leadership and coaching work. Precious few people make change and the ones who do don’t generally sustain it. Does that mean I’m a really bad coach or trainer? Maybe so. But also maybe there’s something going on here.

I’ve posted on this before, so check that out too (“Can behavioral agility be learned?”)>

We can take some real-life examples for starters. How many people manage to lose weight by changing their behaviors? Hmmm, you know the answer to that one: not good right? So we have a few billion cases to support that particular experiment.

How about smoking? Yep, certainly people give it up for good, but there’s a big recidivism rate. What about alcohol and drugs? Same as losing weight, a terrible record of failure; a few billion more cases here too.

So how about leadership? There are myriad courses and assessments (including our own) worldwide devoted to sussing out what your leadership capabilities are and then improving them. What makes us believe that they would work when the vast majority of behavioral interventions don’t?

Hands up anyone who has seen a CEO who has a reputation as being a bad leader coached into being a good one? Yep, it does happen. But not often. I guess that for every success there’s at least 10 – or 100? – failures.

In our own work this is similar to what we see. For any given cohort of trainees/coaches we see about 50% who respond in some way. Of this 50%, half in their turn do make behavioral change, but it’s not sustained longer than a few months, if that. The other half of this 50% does make sustained behavioral change but over time they tend to drift back to where they started, but at a far lower rate. We’ll talk about them further below.

What about the other 50%? In a nutshell, no change. These are terrible odds. But they seem to mirror what happens with weight control, smoking, drugs and alcohol. So maybe we shouldn’t be too surprised.

What about that quarter of the cohort who do make real behavioral change, and then sustain it for longer than months or so? These are the most mentally agile and determined people in the cohort. In other words, maybe the picture isn’t all bad. Maybe of any cohort that undergoes training and coaching to achieve some sort of behavioral change, one-quarter will meet some of many of their goals. When you think about it, that’s pretty good.

The problem is you can’t predict in advance who these people are. And in any case, training and coaching companies(including, regrettably, mine) would prefer not to have to make the cut (even if we could, which we couldn’t) since that means less trainees, less revenues, and less respect from those who actually believe we have somewhat God-like qualities of personal transformation.

Now training and jawboning are not the only tricks in the behavioral change playbook. One that has of recent years gained a lot of credibility is acting training. I happen to believe that that is very valuable. But does it beat the one-quarter limit for real change? I strongly doubt it.

There’s a newer and still relatively undiscovered set of techniques based on the idea of embodied cognition, which I have blogged about hitherto. I think this has a lot of promise too. But I still don’t think it beats the 25% limit although I do think that (like acting training) it might extend the sustainability of whatever behavioral change has occurred for somewhat more time.

There’s an old technique you might never have associated with this topic. It’s called oratory. Ever heard of Cicero? The Roman guy, right?  This is really a variation on embodied cognition: speak it and they shall come. I’m not knocking it either. Really worthwhile, like acting. Just again that it will never beat that 25% speed limit.

Beyond that there’s things like drugs and meditation including mindfulness training. Both can be useful. Probably mindfulness training is a lot better for you. But, as a born skeptic, I haven't seen anything that would convince me that it beats the human speed limit for behavioral change, i.e. 25% of any cohort where it’s tried.

I have seen several other ingenious work-arounds by very mentally agile coachees. Unfortunately you have to cross my palm with silver to get access to them. They can help you beat the 25% speed limit. But you’ve still got to be unusually focused.

I guess I am preaching that you won’t ever get any better than 25%, by whatever method, company and guru you are using for the task.

But by that I mean wholesale change. You can impact a further 25% temporarily – say for a number of months. After that you’ve lost them unless you give them a booster shot (i.e. beat them until they beg for more) aka refresher training. So all isn’t lost. Even so, there’s probably 50% you will never change.

I wish the news were better but that’s the way we humans were designed.

Wait for training and assessment companies (amongst others) to hang me from the nearest yard-arm.

In the meantime, coachee emptor.