There’s no innovation without innovators

May 18 Posted by etedprince in Innovation and innovators 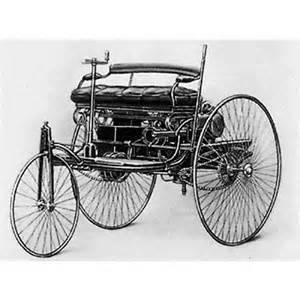 You know the usual approach to innovation in a corporation. Hold an offsite for brainstorming and to stimulate creativity. Get a big-name consultant. Team comes up with an idea, makes a plan. Does a public relations blast announcing their breakthrough idea. Fails. Do again. Fail again.

If that wasn’t the case the vast majority of organizations would have no problem innovating right?

The approach du jour is to go with a check the boxes approach based on a big-brand name theory. But here’s the rub. It doesn’t matter how many approaches you follow, it’s likely that all or most will fail. That’s because there’s no innovation without innovators.

Corporations resist the idea that someone is indispensable. It’s much better to think that if you get someone smart with the right education, they will be an innovator. It totally forgets that innovators are a breed apart. If you have them, they will innovate no matter what because it’s in their genes. If you get a suit, they can never innovate in a million years, no matter how much theory and support you throw at them.

These problems arise because the vast majority of corporate types aren’t innovators. And the main difference between innovators and everyone else is not one of intelligence. It’s a cognitive difference. So it’s really difficult for a non-innovator to recognize an innovator, even if he’s hit in the proverbial face by one.

So to help you recognize these rare types, here is a list of the differences between innovators and everyone else.

Innovators always overestimate the ease of achieving the target: the target always looks impossibly close to an innovator. To a normal person it looks realistically far. That’s because innovators focus on the reward, not the risk, and their perceptual field sees rewards as being much larger than they are from an achievability perspective because the innovator factors in the psychic value of achieving the reward which for him is always huge, as long as the idea is big enough

Innovators always radically underestimate risk: for them the risks always look very low and easily overcome, for normal people they realistically assess the risk so it looks large; an innovator is someone who has a warped view of risk, discounting it so much that a huge risk always looks very attractive

Introversion; most, but not all, innovators are introverts. That is shown clearly from our psychometric research in this area; this happens because introverts prefer to spend time alone which gives them more time for the thinking involved, they don’t care what others think, so they aren’t deterred by having a bad social image from being different.

One of the many reasons extroverts are usually not innovators is that they are very sensitive to the views of others about themselves and if they think that view will be bad, they won’t do it. An introvert on the other hand might even do it precisely because others will think less of him; it’s the introvert’s way of sticking it to other people and showing they don’t care about them.

An innovator wants to destabilize things and make wholesale change; innovators want to break things especially the status quo; that’s because in the established world, they have no power. However if they can destabilize the status quo, the world changes so m much that they might be the only people who understand it which gives them power. In addition, they often have a high sense of insecurity which makes them want to show people that they are powerful, which they can only do if they change the world in their favor.

Lone wolf; innovators like to be on their own. They hate to have a boss (OK, who doesn’t?) but an innovator differs in this area by often being prepared to go out and do it themselves in their own company because they hate so much having to do what someone else tells them.

Energy, fire in the belly: OK you don’t have to be an innovator to have fire in your belly but if you don’t have that fire you certainly aren’t going to be one since otherwise you will never have the energy to go through with an innovation that everyone else thinks is stupid and is going to resist as strongly as they can.