Could you purposely redesign your personality with a pill?

Jul 30 Posted by etedprince in Leadership 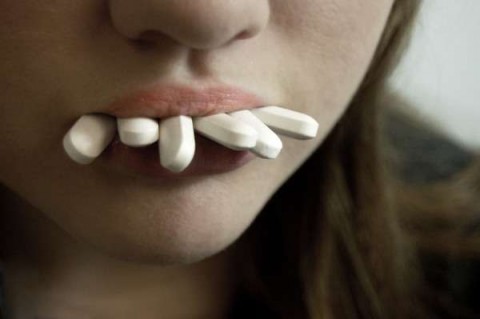 Another apparently useless piece of information, courtesy of researchers at the University of Virginia and the University of Massachusetts medical School. It looks like particular chemicals in your immune system cause you to be social. Specifically it’s a molecule called gamma interferon. Who would have thunk it?

For some reason, the immune system governs whether you are social or not. Maybe it’s because being social is good for you. As an introvert I’m not so sure about that, but hey, I’m really biased. But the apparent takeaway is that at least  part of our personality may actually be dictated by particular chemicals in the immune system.

So you thought you were born a crazy extrovert or a socially dysfunctional introvert. Nope. It’s all down to your chemicals. And guess what. It so happens that you can make gamma interferon! Next step pill heaven!

That means you can in principle change your personality. And not just in principle. The researchers actually did it with some poor benighted rats. They were able to make them more or less social just by fooling around with their levels of gamma interferon. Now we can have socially responsive rats. Just what the doctor ordered.

I’ve noticed in my coaching work that a significant proportion of extroverts and introverts actually don’t like being introverts or extroverts, that is, how they were born. Strike me blind if I’m wrong but it’s true. Some extroverts will insist that they are actually introverts and vice versa. I’m sure if I offered them a pill to convert they would take it in a heartbeat. Now that’s an ethical issue so I would draw the line at that. Hmm…I think.

But how many coaches and therapists wouldn’t? How about partners, spouses or bosses? Many might want their spouse, kid, employee or whatever to have a different personality and show them the way to personality heaven.

And who needs these people anyway? Since gamma interferon can be manufactured, won’t enterprising chemists make it? Could this be the next phase in recreational drugs? Move over K2!

And in truth, administered and taken judiciously, gamma interferon, or other personality-changing drugs might well be able to lead to some good. There are plenty of mental health issues that might be addressed constructively by them. And, as the authors of the research paper note, there are some pretty nasty mental health issues that could also benefit from these drugs. How about schizophrenia and autism for a start?

On the face of it this development is a big strike against free will in the determinism-free will debate. But on the other hand, if you can take a pill to change your personality, maybe that’s a big demonstration of free will. You figure it out.

Now this finding leads to some intriguing wider implications. Are other personality attributes also governed by immune system chemicals? Could the Big 5 of the Five Factor model also have identifiable molecules that drive each factor? Could we now have a way to change all the Big 5? And maybe say all the cognitive biases that are being uncovered in behavioral finance? Are we in the end just a chemical automaton? Should psychologists go to biochemistry school?

This throws a whole new light on therapy. Ths state of the art has been pills (mainly for anxiety and depression) and BCT (behavioral cognitive therapy). There’s been a lot of controversy about how effective this combination really is. Adding a battery of pills derived from immune (or other) research could change the balance decisively in the direction of pills and away from the talk side. That’s going to cause of lot of heartburn amongst the therapy and psychiatric professions.

And what about things like professional and career development. Could the outcome of coaching in leadership development be a recommendation that a certain wannabe CEO take pills to become more extroverted and social? Or less so? Or more conscientious maybe since this is one of the Big 5 most associated with good leadership? If I’m the recommendee, should I go along with this recommendation? If I don’t, am I finished in my company?

Come to think of it, since we have competency assessments that assess whether a person has the ideal blend of characteristics to fill a particular role, could the outcome of such tests be recommendations to talk certain pills also? If I want to be a bus driver, would I need to take certain pills to become a more talented and effective bus driver? What if I refuse?

And as I mentioned above, what are the ethics of changing someones personality? Even if you can do it, should you? What are the individual and social impacts of these changes? Could it now be misused and abused, for law enforcement, military and intelligence purposes? That’s just a start to a very long list of nasty possibilities.

We’re probably on the cusp of some far-ranging new developments in personality modification.  There’s almost certainly no going back.

Brush up your high school chemistry….