Earth’s clouds expose us to ET!

Oct 15 Posted by etedprince in Cosmology 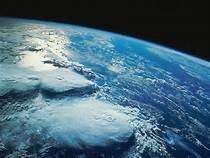 Dr. Stephen Hawking has just warned us against contacting aliens. I’m sure you have heard of him? He’s the famous cosmologist who has ALS and a doughty approach to life notwithstanding.

He’s also known for being an iconoclast. He believes (as do I) that it is certain that there are numerous ETs out there. And he thinks we should do nothing to encourage them to come here to Earth coz they are likely dangerous and will do bad things to us. He doesn’t  want us sending out messages to them (as in SETI, the search for extra-terrestrial intelligence), so that we won’t warn them of our presence.

Despite my Lilliputian intellectual stature compared with the good doctor, I beg to differ.

Without sending out a single message to potential ETs, or even stopping all electronic signals escaping from Earth, it’s pretty certain that ET knows were are here. How so?

Here’s the thing. It’s traditionally been thought that cloud cover on Earth makes a good shield against inquisitive aliens. And of course, they are incredibly distant anyway. So we should be ok right? Who can see us under all that gunk?

Science has a funny way of giving us new insights from left field. In this case the clue is from rain-making. You know, the practice of cloud seeding using silver iodide to try to create rain? We still don’t really know if it’s effective or not, although the Chinese swear by it. But what’s cloud-seeding got to do with aliens anyway?

We've always known that cloud-seeding doesn’t really work. But now we have a pretty good idea why. You need a nucleating agent (something that raindrops can coalesce around) to form water drops in the clouds and thus rain. We now know that what causes rain is not inorganic nucleating agents but organic, in fact, microbial. We even know the name of the bacteria, namely Pseudomonas Syringae.

So how in heaven’s (pun intended) name do bacteria get up there? They’ve evolved to get there, that’s how. It’s an example of the amazing capacity of living organisms to create environments that promote their own survival (check out the Gaia hypothesis). In this case these bacteria have evolved to float up to the clouds so that the water vapor there can condense on them and cause rain, which falls to Earth where it can promote the watery environments that microbes such as this one depend on to survive. Incredible right?

But there’s the intriguing part. It now looks like there is an environment that supports life way above the surface of the Earth. Just as we know that life also exists several miles under the Earth, despite the heat and pressure, life has evolved to fill the ecological niche in the sky, invisibly to us until now. Those clouds are not just inorganic water vapors. They are living habitats teeming with microbial life. And that’s just what we know so far.

So, in fact, those clouds are actually alive (with music!?). In effect they are a massive biomarker circling and swaddling the entire planet. What are the odds that an alien could pick up traces of that using their version of telescopes which are undoubtedly trillions of times more powerful than ours? If we can see traces of water on Proxima B, 4.5 light-years from our planet, what can they see from their vantage points?

Without doubt they would spot all those little critters up there busily making rain. No doubt there are billions if not trillions of other planets doing the same thing and the aliens’ telescopes are programmed to look for precisely this type of planetary biomarker of life. No doubt they have ways of figuring out the likelihood that the life on the surface is intelligent or not (well, at least by their standards, and we might well not qualify).

So it’s foolhardy to be complacent. Dr. Hawking has missed this one, no doubt because he specializes in black holes so he’s too busy to keep up with cloud-seeding and terrestrial astro-biology.

The lesson is that ET almost certainly knows already that we’re here. So we need to move our efforts to repelling boarders rather than trying to create a stealth planet to hide from them.

Now why am I writing on such an irrelevant topic? Well for a start, it’s interesting. Secondly we have to take this into account in framing geopolitical strategies. Today the problem is Russia and North Korea. Tomorrow it might be ET. At least according to Dr. Hawking. He just might be right.

Maybe our military planners might be more productively put to work collaborating with the Russians, Chinese and all our other terrestrial enemies to prepare for potential extra-terrestrial invadersrather than planning to kill each other? Why not?

And here’s another thought. I haven't seen the climate crowd pick this one up yet. Water is one of the most critical existential threats facing our planet right now. China, the Middle East, Australia, California, large swathes of Africa, are rapidly running out of it. And the rest of it is being polluted into a global toxic sludge.

All we’ve got to do is to get those pesky airborne microbes to go forth and multiply. If we can stop Zika-carrying mosquitos from procreating we have the tech to get those bacteria to create and make a lot of rain. That would solve a lot of Earthly problems in their tracks.

It won’t keep ET away of course, but it will fatten us all up so we look our scintillating best when ET finally alights on the planet.

If they’re not waterproof, then we’ve hit a home run.