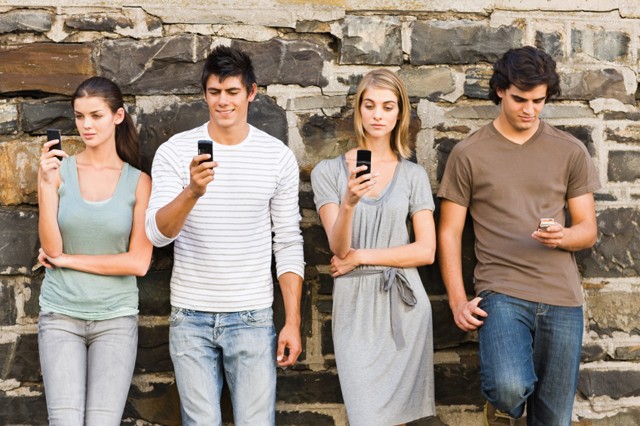 Emotional intelligence is hot. Thousands of companies doing training in it. Maybe millions learning all about it. So EQs should be rising right?

Well I don’t know of anyone who publishes an index of global EQ. My guess is that if they did, it would be declining. How can that be? Surely, we humans are on a one-way street getting ever nicer to one another?

BTW I’m aware that emotional intelligence (the concept) and EQ (how we measure it) are not the same. But I’m gonna use EQ as a synonym, coz its shorter. I’m a blogger so I’m allowed ?

Anyways, there’s no presumption that our mental and emotional abilities should always be rising. Take intelligence for example.

It’s well known that the human brain is gradually actually getting smaller. The theory is that when you have computers and lots of others to do the thinking for you, you get progressively dumber. Of course, that’s not the whole story. The Flynn Effect, where IQ test scores seem to be progressively increasing, has been rising. We might just be getting better at doing tests.

So back to EQ. What makes me think it might be declining? How about all of us interacting with our smartphones instead of messing with real people? That’s really hurting our people skills. On the other hand, our PEQ (phone EQ) is soaring to new heights.

And here’s another: we all seem to be meeting people less. Instead we meet online where different rules apply.

The nature and quality of our social interactions is clearly changing radically. When you’re online you don’t have to be nice to people anymore, since you’ll probably never meet them again.

Twitter et al are teaching us how to punch people out online, politely maybe. But it’s not the same thing as talking to your next-door neighbors, who most people don’t even know.

Instead, when you’re on social media, mostly you’re solitary. Or maybe you’re playing a multi-player game where you are, instead of being nice to someone, trying to kill as many of them as you can. Hmm, now does that sound like good for a high EQ?

Far from EQs going up in cyberspace, we now have millions of hackers who are doing their best to hurt or disable us somehow through hacking. Governments and companies hire millions of these people who are all engaged in uncounted ways to do bad things to their opponents, political, professional and, of course, personal. I don’t hear people talking about helping hackers to train for a higher EQ, do you?

Instead there is constant and mounting pressure on all of us to do our worst to people we don’t like, agree with, or who are not in our current in-group. And I don’t think I’d find too many disagreeing with that; rather I think most of us would say that it used to occur less and now it’s far worse. In other words, it’s a secular trend.

But if you’re a biologist a secular trend gets translated into biological evolution, as in Darwin. So, a Darwinian would probably translate this into a phrase like a low EQ gives one a competitive advantage.

Does anyone see the Russians, North Koreans or Iranians – their governments anyway – trying to teach their people to be nicer to Americans? Or for that matter, the US government trying to get us all to be nicer to the citizens of those very same countries? Nope, not a prayer.

In other words, it looks as if evolution is probably loaded against EQ over the longer-term and spanning the huddled masses. That’s another way of saying that our genes are reflecting the trend to low EQs.

Did you notice the recent rise in the nuclear war temperature with the termination of the INF (Intermediate-Range Nuclear Forces) treaty? Russia and the US have recently opted out of it and instead have started building a scary new class of weapons, the so-called hypersonic missiles which are almost impossible to stop.

In other words, what happens to EQ has consequences. It’s not just a matter of old-world courtesy going the way of the dodo. The less we like each other, the more we teach sophisticated types of asocial and antisocial behaviors; the more we build nasty and ever-more powerful weapons; the more we prepare for Armageddon.

And it’s not just wars. When EQ declines, we are happy for pollution to kill and despoil, as long as it’s not us. Correction, even if it is us, but not just so much. There’s more than enough schadenfreude to go around, right?

I’m worried about the impact of AI on EQ. Maybe we will imbue robots with a high EQ, but I don’t see any signs of that yet. More likely the effort will go into things that increase their capability to hurt people, either through wars, hacking or other such nasties.

It’s already possible for any Joe to routinely be able to have millions of followers on social media, but of course never to have any sort of personal relationship with them. What is the future of EQ in this sort of world?

To my mind we’re all heading for even lower EQs. Where does that all end, I wonder?