Apr 10 Posted by etedprince in Sustainability 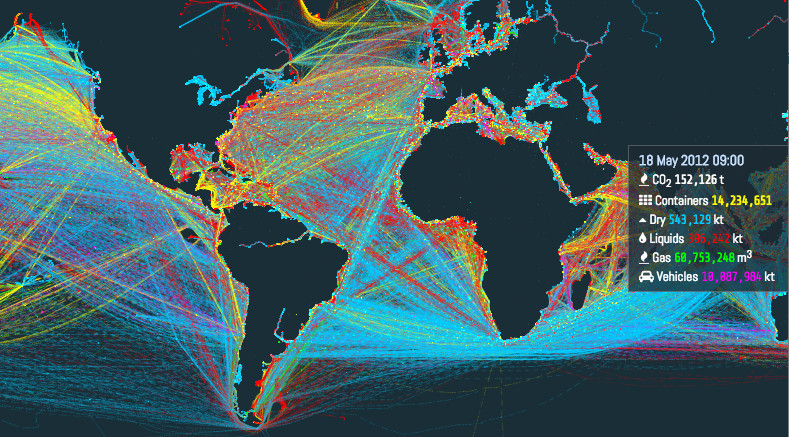 So, the “Ever Given” was refloated and the Suez Canal cleared. But isn’t that particular ship just too big for the canal? What happens if two container ships sink one at each end? Or are sunk by terrorists? Isn’t the canal just too narrow for the ever-growing mass of containers being squeezed through it?

And note that the Ever Given doesn’t even make the list of the top ten container ships.

And what about the Panama Canal? More containers, less room for maneuver? What if it gets 2 container ships stuck at each end too? Maybe at the same time it happens in the Suez…

Our worldwide vehicular traffic systems are subject to ever-increasing loads of people containers (popularly called cars). Their car canals – the roads – they run on are getting ever more squeezed too. No matter that we switch to electric vehicles, the motor canals are still getting to their critical breakdown points. Journeys are getting longer which results in us all having less time for work, not to mention time to enjoy families and kids.

These container ships, like the container cars, dump uncountable virtual container loads of pollutants into the atmosphere and into the oceans and countrysides as they wend their not-so-merry way. The ships load up the ocean-current virtual canals as they spread these pollutants around the world. Simultaneously we dump microplastics into our local water supplies which in turn transport vast virtual container loads of these nasty little things into the virtual ocean canals and poison the fish and marine life we eat.

But it’s not just oceans either. Our global airborne virtual mega-containers of CO2, methane and pollutants are being transported through canals in the sky - atmospheric rivers. These virtual containers are getting ever bigger and vastly outstripping the capacity of these airborne canals that bear them to ever-growing parts of the globe.

We humans are cramming ever-growing trillions of virtual food containers – mouthfuls of canned and packaged high calorie foods – into our bodies. Our internal canals for disposing of these nutrients are rapidly outstripping their capacity to deal with this calorific surplus. The result is global obesity which is rapidly destroying many of the core functions of our increasingly-overtaxed bodies.

As we cram our bodies into flying and rolling containers - planes and trains - we encounter galactically monstrous numbers of organisms that are packaged into nano-containers – viruses - that enter into our bodies via ever-more subtle and narrow canals in our skin and exposed organs such as noses and mouths. Once inside they rapidly outstrip the capacity of our internal micro-canals – in our blood vessels and internal organs - that increasingly results in organ and bodily failure.

The chemicals that are ubiquitous in plastic-derived food containers – BPA and other metabolic disruptors – are leading to increasingly dysfunctional reproductive systems including rapidly declining sperm counts and the increasing breakdown of female fertility. We can expect that most pregnancies will be assisted by 2045. Our internal reproductive canals are gradually shutting down due to the overload of these pernicious chemicals in those toxic food containers.

Those fertility-destroying food containers are at the point of overloading the human reproductive canals. At that point it won’t even matter how many other different types of containers are overloading their transportation canals. There won’t be enough of us left to continue with the Sisyphean task of trying vainly to unblock all the different types of canals that are transporting their nefarious cargoes towards human oblivion.

This Is the Way the World Ends, Not With a Bang but a Whimper

These virtual containers and virtual canals mirror hardwired thinking patterns that drive us to produce more even if there’s no open canals through which to deliver them.

What happens when all the canals are blocked?

Is there room in the Universe for the all the blocked canals we humans will create in the future?