Must the world end?

Feb 03 Posted by etedprince in Cosmology 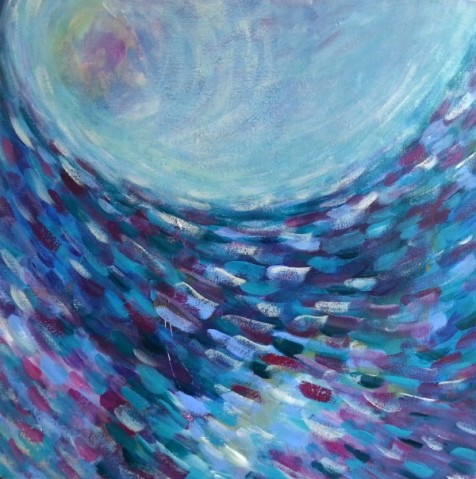 So where did this come from? Well, it’s from a launcher article in the New York Times for 2017 where the Gray Lady asks what scientific topics should be trending for the New Year. I don’t know why they picked this one, but here it is - Steven Pinker on the Second Law of Thermodynamics. It’s all about entropy, that warm cuddly stuff you love and cherish. For some reason they think it’s important. OK so let’s discuss it.

You know what entropy is right? It means everything in the universe is running down and in the end there will be absolutely Nothing. You can’t get anything less than Nothing. No Starbucks, no McDonalds, no money (not a single Bitcoin even), no wars, no chocolate brownies (gulp), not even any energy whatsoever. It’s a basic tenet of physics. So no-one can doubt it.

So here goes. I’m gonna have a shot at being an entropy-denier. If nothing else it will bring me fame, if not fortune. If Donald Trump can deny Russian hacking, I’m going to deny something as well.

So what evidence could one possibly adduce for entropy being wrong? Isn’t everything breaking down as we watch?

Hmmm not that I can see. They say that someday the Sun will go out and so we Earthlings are going to need really warm coats; I’m quite prepared to believe that but right now the climate is actually warming up so I’m actually seeing the opposite. So that’s not a good piece of evidence.

OK let’s try a bigger one. How about life? Doesn’t that qualify for the opposite of entropy? After all life is a process of things becoming more organized, not less. Entropy says that it’s going to disappear in the Big Crunch. But mere mortals like me won’t be around to see that so I can’t use that as evidence either.

Let’s try another angle. Our cosmologists have talked about aliens and the possibility that they have built so-called Dyson Spheres – huge energy collectors built around stars to trap their energy so that the aliens can use as much energy as they need for toe-warming and so on. I’m perfectly prepared to accept that also, but that sounds to me like the opposite – building things out of spare energy. Maybe those stars are going to burn out too but it looks to me that there are so many they could never all burn out.

OK so I’ve got yet another angle. It’s multiple universes – aka the multiverse - which as you probably know are very fashionable right now. If there are an infinite number of universes, every time one burns out, another one – or an infinity – will pop back in. That doesn’t sound like entropy to me either.

Now of course this is all the harebrained imaginings of a totally ignorant layman. But I want to note that in physics there’s – unbelievably, to me at least -  no word for the opposite of entropy. So I guess no-one ever thought enough about the issue to give it a name. So in the spirit of giving a name to something that has no name I am going to give it one - extropy. So you’re not gonna find it in Wikipedia.

So what’s happening here in the multiverse? It may well be that the universe does end in a Big Crunch and that’s happening with all the other universes but there’s new ones constantly being created so they at least balance each other out. And in many – an infinite number, right? – of those universes there’s life constantly being created, and later fizzling or bombing (literally) out.

Even if all that infinity of universes eventually do fade into the sunset (so to speak) before they do so there’s tons of life being formed so we have extropy ending in entropy. But of course all we mere mortals see is the extropy piece – we have a worm’s eye view that doesn’t allow us to live long enough to see the entropy part.

Currently we believe that our universe is 14 or so billion years old. We have no idea how long it will last. But the Earth has been going for more than 4 billion years. Single-cell life started 3.7 billion years ago, shortly after Earth formed. So there’s gotta be a lot of life out there. And it seems it can be around for at least several billion years.

Even if we assume that life as we know it fizzles out after several billion years, that’s still an appreciable proportion of the cosmological life-span that we know about anyhow. That means that even if extropy eventually ends in total entropy, what we will normally see is extropic rather than entropic processes at work at least in our neck of the cosmological woods.

And maybe extropy wins in the end. We don’t know. But observations on a human scale – admittedly cosmologically insignificant - show us more of extropy than entropy

Here’s a final shot. After that I promise I’ll shut up. As I have already mentioned there’s no opposite of entropy other than the one I have just made up in this post, namely extropy.

It might well be “obvious” that all good – and bad – things come to an end. But much of modern physics is consumed with the search for so-called super-symmetry, the thesis that all subatomic particles have equal and opposite partners. That’s where the Higgs-Boson came from.

In the spirit of super-symmetry, shouldn’t entropy have a partner too, namely extropy? Wouldn’t that make things a lot neater cosmologically? After all what happens when the music stops?

Maybe entropy is balanced by extropy over an infinite number of universes. For every one going out another one comes in. Even in our own universe, maybe the Big Crunch is followed by a Big Bang, which creates the new universe so the oscillation is simply an alternation of serial extropies-cum-entropies? Why not? Has anyone actually proved what was there before the – presumed - Big Bang?

Let’s stop there. So what, you may ask. Legitimately so.

We use entropy to show that in the end it’s dust to dust and there’s nothing we can do about it. In the end everything is for naught, although it’s a long way to the Big O. Ultimately it’s a counsel of despair.

But what if extropy wins? We can make things even better. All is sweetness and light. We and our universes don’t have to die out.

The first means we need religion coz we need help, big-time. The second means we don’t. In that sense entropy supports religions. Extropy is secular.

So, to paraphrase how our latest ex-President famously put it, words have consequences. Entropy is more than an “undeniable” physical law; it’s a belief system. In so being it is preventing us from thinking about others, and their implications.

I’m all for thinking about the Second Law of Thermodynamics, just like the Gray Lady wants. But at least, let us all do the job properly.