No Thrills Mom - Towards the Giving Car

May 28 Posted by etedprince in Technology 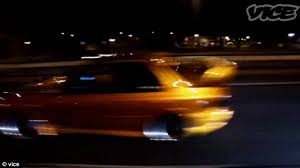 All this stuff with new-fangled autos has become overwhelming. Self-driving cars, connected autos, car-sharing, electric vehicles, and so on. But the big question is, what does it do for me?

Self-driving cars will change everything. It used to be all about thrills. Hmmm, if I have a high-performance car, I want to drive it myself. Don’t trust anyone else to do it for me. If it’s being driven by a computer, do I really want to be doing 100 mph at 0.9 g around the turns, leaving rubber on the road? More likely once self-driving cars come along I want them to be sure and steady, staid, even boring and just get me there in one piece.

So forget the thrills for the car of the future. Power, performance, electronic wizardry is so passé. Been there done that. What do we all want now in our cars, once self-driving is breathing down our powdered  necks?

Here’s a straw in the wind. The Wall Street Journal just ran an article on Das Burnout’: An Epidemic of Stress in Germany.” Apparently 10% of German workers suffer from burnout. Of course, Germans don’t like talking about mental health issues and their feelings. But what’s the burnout levels in Americans who are famously inclined to talk about them? What’s the proportion generally of burnout out there?

How about cars that cure burnout and restore our sanity, mental poise and morality? Make us happy again. Free us from people telling us what to do as in in the famous quote by (Jean-Jacques) Rousseau   “Man is born free and everywhere he is in chains”. How about restoring us to a (safe) state of nature? Is that too much to ask?

We’ve all been watching the heroin crisis in the US explode. Then we’ve got ISIS, the civil wars in Africa and the Middle East, corruption in most countries. Famines, pestilence, disease, greedy people everywhere preying on their fellow man. Did we ever see any of this coming?

Yep, we did, or at least one person. Ever hear of Emile Durkheim? No? You’re a dummy! He was a French sociologist who lived in the second half of the 19th century. His main claim to fame was his coining of the term “anomie”. Once society becomes “advanced” he posited, individuals are left on their own without a moral compass leading to rising rates of deviance, social unrest, unhappiness, and stress. Sound familiar?

Anomie comes from a lack of meaningful companionship as a community and the lack of a shared moral compass. The opposite is the German idea of “gemeinschaft”, meaning a strong sense of shared community. The Germans still have a lot of that. Maybe that’s why they are still doing so well as a country. Most of the rest of the world is suffering from rapidly rising levels of anomie though.

THAT’S what I want modern autos to address! I can do without horsepower, driving dynamics and thrills if my car makes the world better and safer. Sound too difficult? Then get another job say I. Everything’s difficult. Quit whining.

What’s more important than reducing the high levels of anomie and restoring a state of morality to the world? If auto-makers and other companies are expected to contribute to reducing carbon emissions, shouldn’t they also be charged with making the world a more moral and happy place?

Ok so you agree, but how? Here’s a hint. You won’t do it just by applying advanced tech no matter how winsome.

Sure, after self-driving cars I’m sure were gonna get other whiz-bang do-dahs. How about immersive VR that we can bathe in as Siri Plus Plus takes us to work? Real-time video-conferences with connected autos and passengers about who knows what? Cars that schedule us for our busy lives with other equally busy people?

That’s still blah-land. None of that’s gonna make me happier, cure my burnout or stop me getting car-jacked. It’s definitely not going to impress the impressionable lads in ISIS. More of the same.

Since we all suffer at one level of another from Durkheim's anomie, what I want is a car that reduces or eliminates it. A car that reduces my mental stress, and in the process the desire to take drugs for it. One that will restore balance to my fractured  life and psyche. Make everyone want to be more moral. Help teach my kids the same thing.

OK, I can hear you already thinking this guy is a total looney-tune. How’s he gonna do any of that. Is this another unachievable Trump-boast?

I have a vision. It’s that an auto is a mobile oasis. In it I can feel calm and collected. It advises me how to address the mental blocks I have accumulated. Salve for the tortured soul. Something to slow down or prevent soaring rates of mental illness. Talk-therapy on wheels!

You know, talk-therapy? Sometimes called Cognitive Behavioral Therapy CBT? It’s used by therapists in conjunction with drugs to address many mental health issues. It’s pretty common. But all the research in this area shows that it’s much more effective than drugs on their own.

The problem with CBT is that it’s expensive, hard to find people who can do it, and in any case most people don’t have the time to do it. But why can’t a Siri-impersonator do it?

If you watched the movie “Her” you will recognize that this idea has already been aired (so to speak). In the movie Samantha acts as the digital therapist to Joaquim, a divorcee who’s clearly in the throes of anomie. The climax comes when Samantha disappears (spoiler: she outgrows Joaquin mentally), which is rather naughty of her in the circumstances.

But here’s the beef. I want my next car to come with a Samantha. Nope, I don’t want Siri, she’s really much too limited. I want someone on my level, or more advanced, who can help me with the life problems that everyone has. I want support, advice, insight, analysis, feedback and yes, even a little love if you can get that in the options package.

I want a giving car. Samantha is much more important than horsepower. A giving car has emotional power. Call it a car with horse-sense rather than just horses.

I don’t think this is too much to expect. Google is already rolling out a much more advanced form of Siri. AI is taking huge leaps. The Turing test has now fallen a couple of times to computers (see “Computer simulating 13-year-old boy becomes first to pass Turing test”). Elon Musk, Bill Gates and Stephen Hawking are already warning us about the perils of AI so clearly it’s got some traction.

It seems to me that the deep problems we are having these days are social, not technological. The tragic example of Prince and his drug overdose is yet another canary in the coal-mine. The widespread abuse of heroin is telling us that anomie is probably the deepest problem of our time, bigger than carbon emissions and nuclear proliferation. Anomie is what is motivating the rise of ISIS and other terrorist movements. Anomie is the most direct existential threat to the human race.

For most people in the world, a car is their biggest purchase after their house.

Let’s get some social and existential value from that purchase, not just a momentary thrill.

Let’s get some good old=fashioned gemeinschaft back into all our lives.