Robocracy – for when democracy doesn’t work any more

Dec 10 Posted by etedprince in Leadership 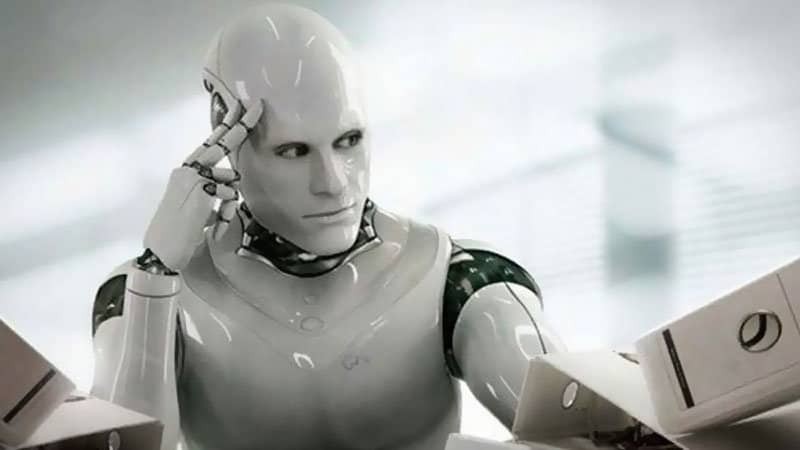 For lovers of democracy, what’s not to dislike? Dystopian news from Lebanon, Saudi Arabia, Yemen, Ukraine, North Korea and so on. Not to mention German, Hungary, Myanmar. Even (especially?) the US! Could things get worse?

You remember “The End of History” by Francis Fukuyama? Liberalism and democracy triumph, nothing left to do until mankind reached Nirvana?

How things have changed. Thomas Friedman has written since that “Democracy Is in Recession.” That was in 2015. How about it being a depression just 2 years later?

How come? Once you educate people, don’t they become more liberal? Nope, often the reverse. Are they wrong?

Globally there's many more people representing an enormous number of interests, many totally at odds with each other. But these days groups have powerful technologies to promote them, often in ways that we don’t even see.

Social media is having a disproportionate impact in influencing people. Even apparently tiny anti-social groups can have outsize impact, like ISIS. Even egregious ideas can get enormous traction, even if they have few initial followers. Even electoral systems are no longer any protection against penetration. Any country or even a small group now has the means to disrupt elections in any country and with it, that chimeric ideal of the “will of the people”.

The global population is now at 7.6 billion or so. When we were at 5 billion, social systems could cope. There were fewer interest groups and they had less technology to help them. Now we have an exponential increase in both the number of groups and the sophistication of the technology at their disposal.

Projections are for the global population to reach 8 billion in 2024 and 9 billion in 2040. How many more interest groups will there be then? What yet-un-thought-of technologies will they have at their disposal at that time? The biggest countries will be in their billions, even cities will be approaching 50 million inhabitants.

Is there a level of population at which a country or city just becomes ungovernable? Is the world inevitably moving to chaos as its population gets to around 8- 9 billion? Are cities ungovernable when they get above the 30 million mark?

Of course there’s many countries and cities that will stay below these levels. So they will be governable right? But what if their neighbors don’t let them alone? And will “terrorists” and fringe movements take a hands-off approach because smaller countries and cities are governable? Much more likely it will spur them on to disrupt these oases of calm.

Numerous irresponsible interest groups wielding socially transformational technology and elections that are not controllable sounds to me like a recipe for authoritarianism, aka a strong hand. That’s the way things seem to be going now. What’s worse, a failing democracy with rising terrorism, high crime and feckless rich elites, or an authoritarian government ruling a stable, peaceful country with low crime?

But even that might stress our social systems too much as we approach these expanded, restive populations. Liberal democracy was supposed to be the high-water mark. Now that high-water mark appears to be more like illiberal democracy. But can even that withstand these enormous social pressures and the crushing impact of new technologies with the potential to drive massive change in social psychologies in a blink of the eye?

Something else has to emerge as both liberal and illiberal democracy fail. Is it rule enabled by AI? The robocracy? Is robocracy actually the true end of history? The only thing that can keep humans pulling together and not descending into total chaos and self-annihilation?

You’ve probably heard about the singularity, the time at which machine intelligence will be infinitely more powerful than all human intelligence. We seem to be getting there pretty quickly. The assumption has always been that this represents a technological event, when all technology will be developed by AI for human benefit.

What if the onset of global ungovernability coincides with the singularity or at least sort of? Wouldn’t we want to build a new approach to government which transcends what looks now to be hopelessly old-fashioned systems such as liberal democracy, or even techno-dictatorship? Wouldn’t we want something better? Something that actually works? Can humans en masse ever be trusted to rule themselves given our primeval DNA and hardwired but dysfunctional behavioral impulses?

Robocracy means making a social contract with AI and robopols. It and the singularity mean the conjunction of tech and politics. It won’t happen quickly. Rather we will get there gradually. We’ve already started with electronic voting machines. Then there'll be direct digital polling. When that leads to chaos we will move on to electronic and then AI-powered mediators and then, robo-leaders. It’s either that or the abyss.

We hear so much about tech these days. But all tech is politics and it’s fundamentally social. What’s going to get the world out of the current escalating mess is not tech but better systems of governance. Democracy in its current form is not it. We have to find something a lot better. AI has to do it for us coz there’s nothing else, short of an alien invasion.

Robocracy is much nearer than we all think. Start working on making it better now, while there’s still time.

Time for the political scientists to earn their keep.