Are Quark Nukes as Scary as Godzilla? 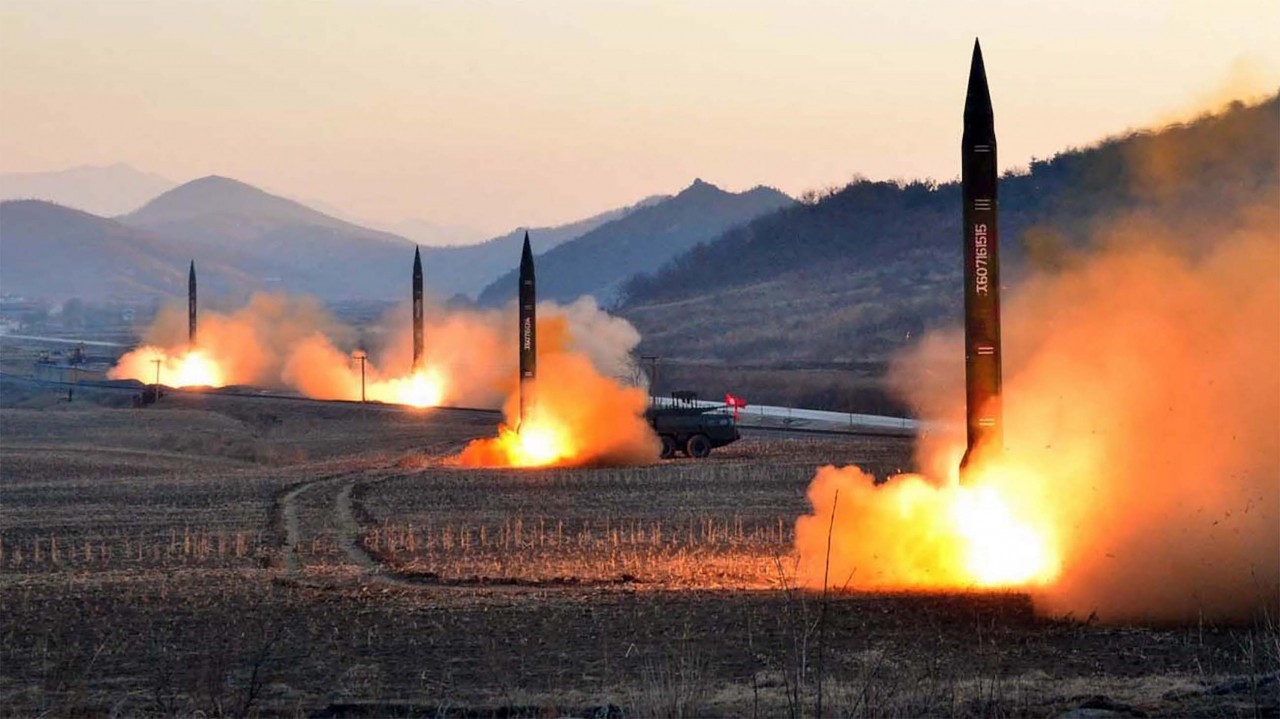 We live in a scary world. There’s nothing like a scary movie, right? Hear about the latest Godzilla: King of the Monsters?

So here’s the latest kind of Godzilla, courtesy of the Russians, namely hypersonic missiles . They go at Mach 5 speed, seriously fast, and you can’t knock them down. That’s scary.

If the Russians have it, so do the Chinese and no doubt we Americans too. With the North Koreans and Iranians hot on our tail. Doesn’t that sound like a totally new global military destabilizing factor? One that trumps everything that came out of the nuclear buildup of the last 50 years. The much-feared first-strike capability? Scarier yet!

And now the INF (Intermediate-Range Nuclear Forces Treaty) is defunct, we are in a new, amped up global arms race. Many more missiles, who knows how that will impact international relations. Did you see the latest simulation of a nuclear war between the US and Russia? Scarissimo dude.

Isn’t it lucky that there’s no other Godzilla ultra-weapons coming down the pike? If there were, what then? Would we truly be contemplating the much-feared nuclear Armageddon? That’s Godzilla scary.

Well I’ve got news for you. It’s about the possibility of a new type of Godzilla nuclear bomb. Namely a quark bomb. Its hasn’t been made yet (we think) but there’s rumblings afoot. It’s the next scare.

So, what’s a quark? It’s a relatively newly-discovered type of subatomic particle and it is found within protons, neutrons and electrons. Oh, there are 6 types of quarks. OK, too much information, I get it.

Just like other types of subatomic particles, quarks have binding energy between them. And in theory you can fuse them together, just as with nuclear fusion in those old-fashioned thermonuclear bombs we’ve had since the year dot.

And, you guessed it, scientists have been looking very closely at the possibilities here (“Physicists Just Discovered Such an Explosive Type of Fusion They Almost Hid The Results”).

The good news is that these scientists have concluded that although there’s huge amounts of energy released in a fusion between quarks, it’s not possible to liberate it. So, no new Godzilla, praise be.

The bad news is that they word is out, and we can be sure that there are groups working on this in secret in places we wouldn’t want them to even know about it. And what does “impossible” mean these days? The Germans thought that the atomic bomb wasn’t possible in World War II and look what happened there.

Since the late 50s there has been a tacit understanding that nuclear weapons start and end with the two types that were developed during and after World War II, the fission and fusion bombs. These are the basis for every nuclear weapon in existence. There aren’t more than two because you needed a working theory to figure out how to make a third type, which is Godzilla.

Quark fusion is such a working theory. Today it’s not possible – apparently. But maybe one day it will be. Or another type based on the idea, maybe involving some ingenious circumvention of the physical issues that seem to prevent such a device currently.

In which case, we might have a second first-strike capability on our hands – hypersonic missiles armed with quark bombs. Maybe obsoleting our own nuclear weapons at a stroke, which of course is the Russian aim in building hypersonic missiles. Now there’s a true Godzilla for you. Forget the movie, far too tame in comparison. This is the real scare.

No doubt the Pentagon and the intelligence agencies already know all about this and have figured out what to do about it. Then again, these are the guys that still say that aircraft carriers are impregnable, and we don’t have anything to fear from Chinese ship-killer weapons.

For my money, a combination of quantum computers, machine learning and AI are going to strike down the barriers to a quark bomb, probably in short-order.

I just noticed an article about a boomlet in people buying luxury survival shelters.

What do they know that we don’t? The new Godzilla perhaps?

Wait to be scared again.

Should AIs be LGBTQ?
Is AI - artificial irrationality - the key to robo...