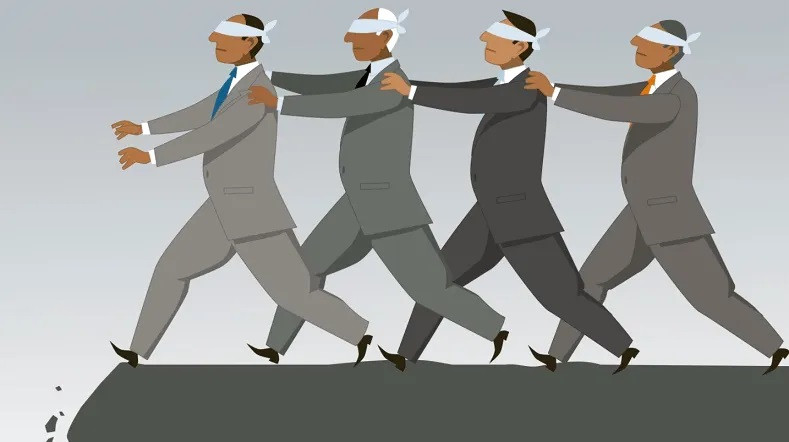 We have posted on numerous occasions that the global research industry for Alzheimer’s was taking the wrong route. Even we didn’t suspect that there was deliberate fraud.

For many years we have posted our opinion that worldwide research for Alzheimer’s had taken the wrong path. That path of course was the amyloid hypothesis. We said that the hypothesis was likely wrong and that researchers were being funded by the likes of the NIH because it was fashionable (Forget Any Hope of a Cure for Alzheimer’s in the Foreseeable Future). Researchers were being funded because they were looking for a sure thing for tenure. But even we didn’t suspect that there was fraud involved.

So if you want to see the tragic details check out the Daily Kos: Two decades of Alzheimer's research may be based on deliberate fraud that has cost millions of lives. There’s even more at Science: Potential fabrication in research images threatens key theory of Alzheimer's disease.

The fraud started in 2006 with a French scientist (Professor Sylvain Lesné) whose data was faked but the results were so convincing that he took in numerous other regular and honest scientists who based their research on his results leading to a snowball effect. The results are that the much of the entire edifice of science around Alzheimer’s research globally is all wrong.

That would be the hypothesis that amyloid and tau clumps in the brain are the cause of Alzheimer’s. And that, my friends, explains the decade of failures we have had in new drugs, all based on the theory. The latest was the drug Aduhelm from Biogen, which received fast approval from the FDA. A lot of egg, on lots of scientific faces.

Farcical But Not Funny

It goes without saying that this is a disaster of existential proportions. While the flawed research proceeded it consumed billions of dollars which in other circumstances could have been spent on good research and led to effective drugs. Instead, millions more victims of Alzheimer’s have lost their cognitive faculties and their conscious lives, to die with no mind. In the meanwhile, they have been cared for by millions of selfless carers who have lost their jobs and their own livelihoods to care for their parents and relatives to the exclusion of the lives they had before.

I have been posting for several years about the problem that in the Alzheimer’s research community only proposals involving the amyloid route have been funded by the NIH. Of course, I was ignored. As an outsider and non-scientist that’s something I must accept.

But it shows the risk we have in science of groupthink and the reliance on so-called experts, above all experts in the government. And there’s far more blame than that. How about the numerous pharmaceutical companies that went with the flow and lost billions for their shareholders? Not to mention the people who became afflicted with the disease while scientists meandered on with a lot of wishful thinking but little or no critical edge.

It's not that the Alzheimer’s scientific community and its followers are not able to be trusted. Doubtless the vast majority ae sincere, honest and committed to their research mission. But it shows that scientists are just as capable of succumbing to groupthink as we mere mortals, perhaps even more so because they erroneously believe that the culture of scientific endeavor protects them from flawed thinking and approaches.

Not that any of this is to say that the Alzheimer’s research community is atypical and the rest of scientific research is all copasetic. Far be it from the real case.

Scientific research globally is riddled with perverse incentives from the obsessive search for tenure (and hence continued employment), pressure to publish scientific papers, no matter if they faked, the inability to replicate most papers, the worthlessness of negative results (when the reverse should be the case) and so on.

The fraud that exists in Alzheimer’s research occurs in most or all other fields of science. It’s just that this particular case of fraud got found out. And tragically it has an extreme adverse social impact because so far it’s totally incurable.

But most of the problem in this particular case wasn’t fraud. It was groupthink, pure and simple.

What now? The global Alzheimer’s research industry will now come to a dead stop with no guiding thesis to guide it. In my last post I suggested that for the moment the search for a cure must stop. Why? Because it will take another 20-30 years at least to find one and, in the meantime, we need to switch our attention to less ambitious but more practical efforts focused on identifying which of the many already approved non-Alzheimer’s drugs out there have some effect on AD, even if it’s not a cure.

There are several of these. For example, there are anti-depressants and antipsychotics that seem to help but research is needed to find out exactly how useful they are, and things like dosages and side effects.

Scientists and leaders in the Alzheimer’s field have gotten a big black eye. It’s going to be difficult to trust them after this disaster, not because they are dishonest, which they aren’t, but because they have proved themselves too gullible and too prone to group-thinking.

That’s a terrible recipe for spending vast amounts of money. They look for all the world like the Defense Department and some of the flawed thinking there too. That goes for scientists and executives in pharmaceutical companies, government scientists and bodies such as the NIH and the FDA, and yes hitherto trusted nonprofits.

Can these bodies be trusted to clean things up and choose an effective course of action? Can they be trusted to launch initiatives which are genuinely innovative, something they have rejected during this whole sorry history? That is suddenly in question, and we won’t know the answer for some time yet. The Alzheimer’s research community has got to clean up its act and convince John Q. Public that they really have done so.

There are unheralded and good things going on in the field such as the recent emergence of Alzheimer’s biomarkers. Without drugs for clinical use, they are not much use but it’s a start.

We need to search out the genuine innovators in the field. They will exist but we have to identify and support them before they get squelched by the traditionalists. Most of the innovators in Alzheimer’s have been frozen out so finding these people and getting them back in the saddle won’t be easy. Once bitten twice shy. But it’s got to be done.

I think if the people in the field can get their act together, we can get the show back on the road. The vast majority are well-meaning and caring. The raw materiel is there.

But we have just lost 20 years. There’s no getting that back.

Are Black Holes Alive?
Could carrying abortion pills lead to arrests for ...