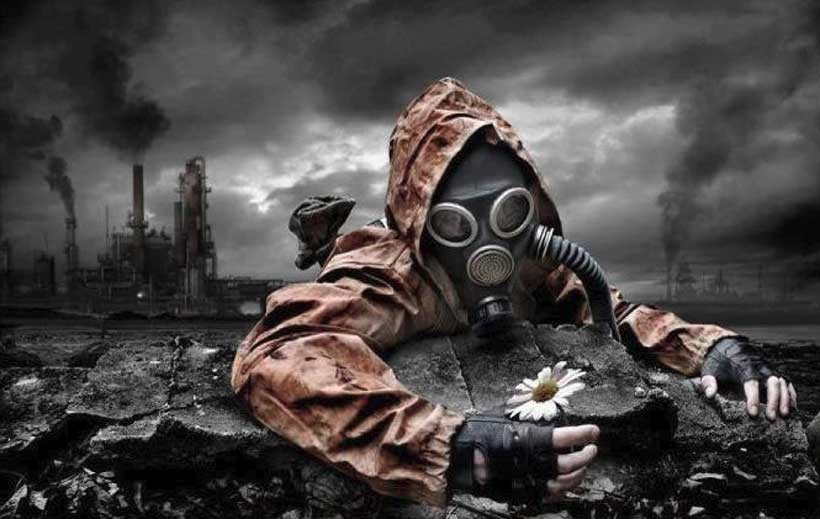 We’ve just had the latest Winter Olympics in South Korea. Of course it was overshadowed by the nuclear threats hurled at each other by the US and North Korea. Olympics are supposed to be about peace but this clearly wasn’t a very peaceable atmosphere. Now the Dear Respected Comrade is on an ostensible peace offensive, let’s see how long that lasts.

In keeping with this zeitgeist, President Putin of Russia just announced that Russia had developed nuclear weapons that could deliver a knockout blow to the US. Maybe he’s right too about that. But again not very helpful from the world peace angle.

Things seem to be getting worse and worse. The Bulletin of Atomic Scientists has its famous Doomsday clock set at 2 minutes to midnight. Professor Stephen Hawking now believes we have only 100 years left before human extinction. He advocates we get out of Dodge (Earth) asap, a lesson which Elon Musk has obviously taken to heart with his SpaceX mission to Mars. Maybe we’ll make it, maybe we won’t.

If we don’t who will ever remember that there was such a strange thing as humans? Totally unbelievable tale one would be inclined to say.

I have another idea. It’s about reducing the nuclear threat. Sure, it won’t solve pollution, toxic chemicals, plastics, meteoroid strikes and volcanoes, but it’s one tiny step for mankind nonetheless.

In keeping with the Olympic theme, I think we should organize a special Olympics to address the elephant in the room, namely, who will win? Its aim would be to bring together people who could simulate World War III. The participants would be organized as countries, which would have to be nuclear-armed, or capable of such within the next 10 years.

The objective of the war game – sorry I mean peace game – would be to see which country or countries would win a nuclear war (if anyone) and how many people they could kill in the countries of their adversaries. We could call it the Nuclear Winter Olympics.

There would be several rules. Rach country team would be comprised of non-government participants so they couldn’t compromise any military secrets. The competition would take place over a week. There would be an independent arbitrator – the Bulletin of Atomic Scientists board comes to mind but maybe potential participants would think they are too biased.

All proceedings would be public and fully publicized. Each country could appoint a certain number of participating observers. Independent computer systems arbitrators and monitors would be appointed just to avoid any hank-panky. Journalists from each country would also be allowed to report on the proceedings to the citizenry of their own country.

So why stage such an event? Well, all of this nuclear stuff we read about in the papers is going on behind closed doors in many countries without their citizens having a clue about the decisions that are being made in their name and the types of calculuses that are being adopted. If I’m a citizen, aren’t I entitled to know if my city or town is being given up to nuclear strikes by the enemy? Will my family likely to be amongst the survivors or not? In that case, what medical and post-war care are we likely to get? These are hardly unreasonable requests right?

And what about once the results are tallied up? No doubt they will show that billions of people have been killed and billions more are living in the Stone Age. Would that impact anyone’s thinking? Could it be a call to arms, so to speak? Would politicians, the military, big companies, philanthropists want to focus on the issue? Or is nuclear arms control kind of like gun control in the US, a sacred topic, too hot to touch, other than to stabilize their number at a level which could still lead to the extinction of humans??

Let’s say my country is a loser. Could we surrender in advance and avoid the actual war and the casualties and opt out so at least our own citizens survive? Could the simulation be used to undertake advance negotiations on the post-war order? Come to think of would the peace game be a new way to negotiate the next nuclear arms treaty, presuming there will ever be another?

It seems to me that the use of nuclear arms is too important to be left to politicians or to the military. What if politicians can be corrupted to lose a nuclear war in return for themselves and their families being spared? It sounds unimaginable but I think we’ve seen the same sorts of behaviors in countless wars large and small.

As for the military, their job is to do more of the same and better. That doesn’t mean getting rid of nukes, just getting more of them, more powerful and more effective.

Maybe the answer to the nuclear war issue is more fresh air and a lot more sunlight, just as it is for many problems of government.

Now I’m sure many people might think this is a naive and impractical solution to the nuclear arms proliferation problem. I would agree wholeheartedly with them. But then the onus is on them to think of something better. So far all I see is the same shop-worn solutions of more nuclear weapons and more decisions being made behind triple-locked high-strength steel security doors about the fates of everyone out there plus yours truly. That doesn’t give me any sense of confidence whatsoever.

We sleep-walked into both the First and Second World Wars. Maybe it’s high time to ensure we don’t sleep-walk into World War III in what would then become the most portentous hat-trick of all time, one that leads to an Earth without any humans whatsoever.