My Brain Hack for Innovation 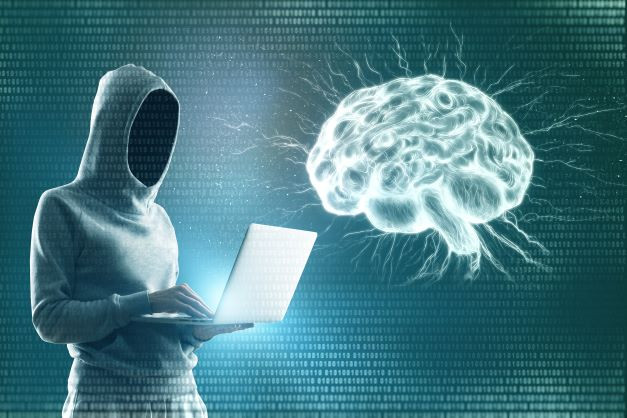 Here’s a way to get solutions to problems. It isn’t new but many people wouldn’t know about it.

Happy to Introduce you to Joe

It’s possible to program your brain to become more innovative.  But you mustn’t meddle with your brain; it likes to call its own shots. It doesn’t like to be told what to do either.

I want to pass on to my readers a hack I have used for many years to come up with solutions to problems of all types in my life. Many people might already use this approach. I have never seen it in writing except once many years ago in the British journal New Scientist to which I am a long-time subscriber. Sadly, I never copied the article or recorded its provenance so I decided to do my own version for others who might have the same interest as I did and who never took the time to record the little secrets it contained.

There’s a really basic idea behind this approach. It is that the problem-solving capabilities of your brain are completely separate from you as a person; indeed, it is essentially another person. And that particular part resents being told what to do, so you have to treat it with kid gloves. But if you do that it will almost always come up with solutions that will amaze you. So, it’s worth treating it with great respect.

Another bias is that this person, let’s call them Joe, for convenience, works best on a schedule. The best time by far to give Joe a problem is at night, when you are in bed, just before you go to sleep. The idea is you give Joe the times when you don’t need the brain for your own personal purposes, you hand it over to Joe for his purposes, so you don’t both try to handle the machine at the same time, diluting its efforts.

If you’re lucky, in many if not most cases, Joe will give you the answer in the morning after you wake up. The best time to prompt Joe for the solution is while you’re actually waking up and still have a brain that’s clear enough to absorb what Joe has found out, without being muddled by your tasks in the working day.

I call this approach “programming your brain”. It would be more accurate to call it, telling Joe what you need from him. That’s because you have to tell Joe what you want, exactly. But there are some rules in the way you do it. These include:

Learning to be a manager

Another thing that’s important. Joe isn’t the person who actually finds the solution. Actually, Joe is just the scheduler and go-between. That’s why you shouldn’t burden him with details. He’s the message-taker. You’re the manager. Delegate to him as much as you can.

Joe doesn’t always find me a solution. Sometimes he comes back to tell me there’s no solution, or not one that he can find anyway. More often he reformulates the question into one that heads off in a different direction and gives me both a new question and a solution that I would never have figured out on my own. I like these because it makes me look like I’m thinking outside the box, although it isn’t me that doing that, its Joe and his shadowy agent or agents.

Occasionally Joe doesn’t come back with an answer, and I forget the questions. Then he comes back unexpectedly one day, maybe even months or years later, and gives me the answer. Then I have to try to remember what the question was.

Joe Makes You Appear Smarter than You Actually Are

To an outsider it may look like a flash of brilliance. Actually, it’s Joe in his role of to-do-list manager that has remembered the question and diligently continued to search even though I had totally and maybe cravenly given up. Sometimes when he’s done this, I’ve been forced to redefine that question because so much time later its now irrelevant or obsolete.

On the other hand, it sometimes stimulates a new idea or approach. That might look to someone else as being flakey or unpredictable but sometime, purely by chance, it turns out to be weirdly relevant, even prescient.

I’ve been dealing with Joe for many years now. He rarely fails me. I’ve written three books and numerous articles where I call on him for help and solutions. I suppose that makes me a bit of a cheat. The ideas are often direct from his mouth, although I know that he in turn subcontracts that to a shadowy person behind him, but I don’t need to know who.

I guess I’ve been really lucky to meet Joe. Without him much of both my professional and personal life could not have been as effective and useful as it has been. That’s why I wrote this. I want others to be able to meet their own Joe’s so that they can get the benefit too.

All it takes is a few minutes a day just before you go to sleep and Bob’s (I mean Joe's) your uncle.