Your brain on Wi-Fi and LSD 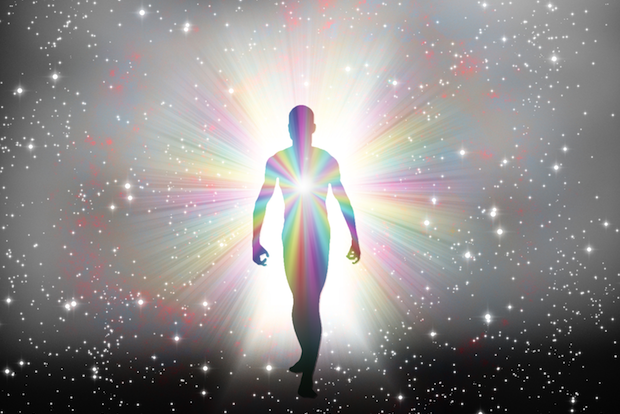 What if the brain had a way of communicating within its own boundaries that we never suspected and knew nothing about? Well, it might just be here, see this (“Neuroscientists Say They've Found an Entirely New Form of Neural Communication”. On the face of it, it appears that the brain can communicate between different cells and neurons without any internal physical link or attachment. Sort of like a short-range Bluetooth, aka Near Field Communications (NFC).

Right now, we know of two main types of signaling in the brain, electrical, via neurons, and chemical, using chemicals like dopamine. Now we’ve got a third, wireless, or b/Wi-Fi (my inelegant term) where b is for brain of course. So, what does this all mean?

Well I’m positively the worst person of anyone on Earth to tell you since I’m not a neuroscientist, or for that matter any sort of scientist, but hey, since when did that stop me idly and unprofitably speculating? What’s blogging about if it isn’t to surface wild and crazy imaginings which no respectable person would utter? What’s protected free speech for anyway?

I just read a book (yep, it happens); Michael Pollan, “How to Change Your Mind”. It’s about all those nasty psychedelic drugs like LSD and psilocybin. If you’re old enough you might recall that hippies like Timothy Leary experimented with them in the 60s and spawned the famous counter-culture that led to Woodstock (another one to recall if you’re on the wrong side of 60).

You might also recall that the Forces of Darkness (the ones in Washington DC, of course) made sure that psychedelic drugs were banned on the grounds that they could potentially make you crazy, and, not so coincidentally, they were strongly associated with anti-Vietnam protests, free sex and inexplicably happy Hippies. Up to that point, said Hippies were tripping on LSD and the like, having a whale of a time which was considered politically unreliable and therefore Dangerous.

Oh, they also talked a lot about universal peace and spirituality. Tripping using psychedelics was associated with some mental phenomena which were considered dangerous and unpredictable. For one, people tended to get all spiritual. They started to talk about the One-ness of not only humans but the world in general.

All this led to movements to use these drugs to start off a drive for universal peace, not just for humans, but for animals and anyone else who happened to live in our Universe. So, the Feds banned the whole hoary lot of these drugs and the rest is history. All research into these drugs stopped and we didn’t have to worry our pretty little heads with such trivia any more.

Except now some inconvenient facts and data are emerging about these drugs. There’s mounting evidence that they can have dramatic and positive effects on PTSD, depression, end-of-life care and mental disease. Did I mention that mental disease is exploding all over the world and is rapidly shaping up as an existential threat to mankind?

So, to their (limited) credit, the powers-that-be in Washington in the FDA are now allowing very limited research to be conducted into said drugs. And these are opening some wondrous new vistas which could well be revolutionary.

I won’t bore you with the details, but the short form goes something like this. Psychedelic drugs change the state of consciousness of your brain in ways that portend totally new ways of dealing with mental illnesses, existential anxiety and failure to interact in healthy ways with the world.

But there’s more. That “more” includes new states of consciousness that seem to facilitate shared states of being to emerge in individuals. These can dampen dysfunctional operations of the ego and the mind. One way of describing this is they can spur the emergence of not-necessarily religious feelings of spirituality which lead people to, in short, leave brutish behaviors behind, and become nice to everybody. I told you this stuff was dangerous!

OK you’ve got it right! So, what has all this got to do with intra-brain communications? Of course, it’s probably connected but how so?

The current theory about how LSD works is that it shuts down brain centers which filter out the multitude of signals to which our brains are continually subject. This allows the brain to focus on the most pressing issues by filtering out Issues which are less or not important.

But in so doing the brain inadvertently filters out a lot of potentially important insightful stuff. Some of that stuff comes from other parts of the brain. By allowing these signals back in for the first time the brain is seeing nature in the raw, so to speak. Confusing yes, maybe even mind-shattering. But it puts humans back in the driver’s seat, allowing us to be the best judge of the data we see, or don’t.

B/Wi-Fi is part of our internal messaging apparatus. That NFC is one way that signals could get to us from outside the brain as well as from other parts of it. Once we add a little bit of LSD or similar to the mix, more signals are unfiltered and get through to Houston. So, the Wi-Fi is part of what is allowing us to see more unfiltered data, for better or for worse. So, the NFC potentially amplifies the effects of LSD or other similar drubs.

One of the many problems in intra-brain communication is how do signals from totally different parts of the brain get to be registered when there are no direct physical links to them and the Center. Now we have a mechanism; b/Wi-Fi lets the data jump all those intra-brain queues and physical road-blocks.

But there’s another more revolutionary possibility. Depending on the strength of the Wi-Fi, is it possible that some of the signals from inside the brain can be transmitted to the outside? How about signals from other brains being received by mine? Is this Wi-Fi allowing our brains to communicate with others without our realizing it because it has become part of the background chatter that we are so used to that we never even notice it? I’ve speculated before in these pages about eh brain really using quantum effects to get its job done. Maybe this is it!

And the ultimate possibility: is the impression of One-ness frequently registered by LSD-trippers a direct result of the immediacy of this internal Wi-Fi?

Trippers frequently report that they can feel and read the brains of other people? Is this why they also report a feeling of transcendent spirituality? Is the dissolution of the ego often reported by the trippers a reflection that they are being bathed in the Wi-Fi of other brains, which they can feel? Is the oft-reported sense of an all-pervasive feeling of love part of this spirituality and One-ness that comes directly from immediate communications? The Wi-Fi results in such immediacy that anyone else’s’ brain feels just like part of your own?

In this telling, consciousness is not a result of brain functioning. It preceded it. LSD and other similar drugs allow us to tap into this universal consciousness. NFC provides the immediacy to represent that we are all part of a vast collaborative spirituality.

And so on and on, blah blah blah. Remember it was only a couple of hundred years ago that wireless waves were seen as being old-wives’ tales or magic. Now we have quantum phenomena at the macro level as an established reality.

Why wouldn’t our brains have NFC anyway? And wouldn’t they want to communicate with other like—minded pieces of jelly if they could? Wouldn’t it be grossly unfair if someone – us humans perhaps – tried to stop them?

Brains will be brains, after all.