How many post-history exoplanets are there anyway?

十 26 Posted by etedprince in Uncategorized 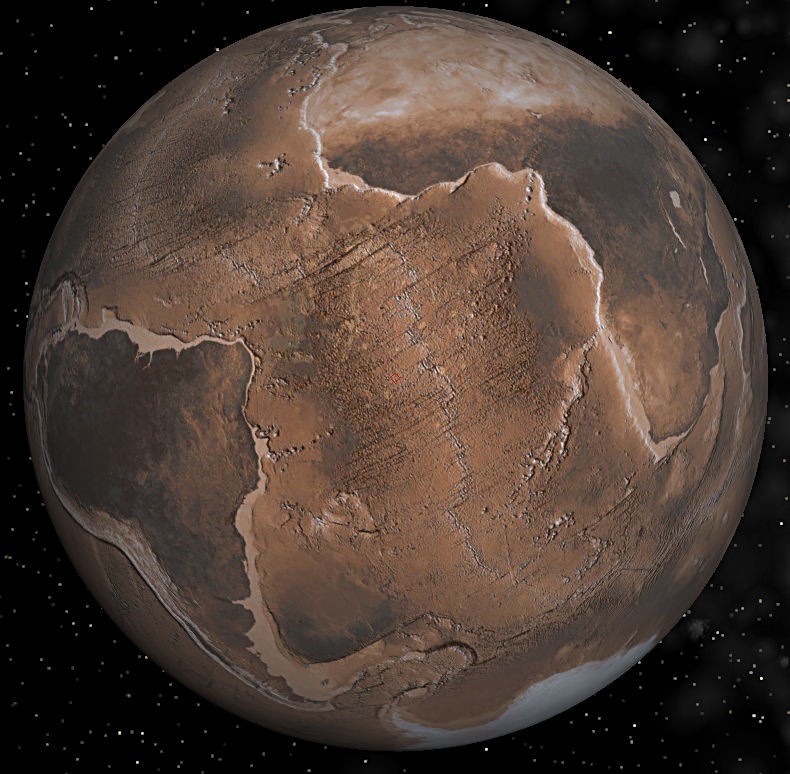 Mars is cool right now. Soon we will launch its inevitable colonization. And then what? Prior human settlements (here on Earth) have usually been economically successful but socially a shambles. Will Mars be any different?

The reigning Mars thesis du jour is that it used to be inhabited by intelligent beings – maybe an earlier form of human – who then proceeded to screw it up right royally by destroying its fertile climate. All that is left now is the hostile and forbidding climate we are engineering for the not-so-far off future Desert Earth. Not good.

The other semi-cool meme doing the rounds is that sooner rather than later we’re going to find exoplanets populated by intelligent beings (“Earth-like exoplanets may be common in the universe, study suggests”). Exoplanets now of course are passé, been there, done that; so many of them we are going to run out of numbers probably.

On this topic: there’s much jabberwocky about what we find when we get to these hunks of rock (mainly since we are not interested in living on a gaseous Jupiter-like flying furnace). Natch, most of them will be just that, hunks of barren rock.

We might find hints of life on a few, and it will probably be bacterial or cell-like. It will be a stretch to find ET or Humanesque 2.0 aliens but it’s possible. But I have my own warped sense of cosmological history and it just doesn’t fit this mold.

Here’s where my head’s at. I’m sure you heard about the hitherto-famous best-seller “The End of History and the Last Man” by Francis Fukuyama. It predicted that liberal democracy has won out over all its competitors and there will not be any future history to speak of. Waste of time, y’know.

As we now know, at least on the time scales we are familiar with, that thesis was tragically wrong. Nope, the liberal democrats are out now, no doubt about it.

But the real threat to history now is that we have just about destroyed the Earth as a place to live, for humans at least and possibly for all life depending on how quickly twitchy trigger fingers can hit the Big Red Button. In other words, in the not-too-distant future we could also be in a post-history world too, just like good ‘ol Mars. That would make two of us planets post-historized.

So, this is where my twisted mind is taking me. Of all the trillions of exoplanets out there, how many are like Mars and the soon-to-be-Desert Earth? Are there just two of us in the entire multiverse? Sounds unlikely right? So maybe 5, 5 million, 5 trillion, take your pick. Sure would be interesting to know though.

There are the obvious questions: what proportion of intelligent civilizations end up destroying themselves? How did they achieve the feat? Is it normal for intelligent beings to destroy themselves along with their habitat or is it rare? Are we humans one of the rare species that shot themselves in the foot, or are we just one of the boys?

We might just luck out and find an almost post-history exoplanet that had just about wiped itself out but managed to dodge the bullet, so to speak. In that case, if we can keep eyes on the target for long-enough, we could find out how they avoided so we can pull off an admittedly difficult exercise in cosmological plagiarism. But then again, it’s most likely to be too late.

But all is not lost! On the current trajectory we will colonize Mars, terraform it to be more like Earth, then still ending up destroying it in so many ways, most of which we can’t see yet.

Maybe we can learn enough from post-history exoplanets to figure out how not to do it to Mars. Otherwise if we screw it up, then Mars will go through a second period of desertification and climate destruction.

I wonder how many of the exoplanet denizens have achieved that – namely destroyed a planet for the second time. Would that be a record for an intelligent civilization anywhere? Could we humans put that in the Guinness Book of Records to demonstrate our superiority as smart beings?

And here’s one for you. How do you resurrect the record of what happened in the pre-stage of the post history planet? Presumably all records have disappeared through obliteration and natural decay after a billion years or so. So, you can’t use any records. Could you race after the light waves and catch up with them? Maybe by going through a wormhole or something? Or maybe we have no choice to find some alien spectators and get the skinny from them.

There are reasons we would want to know, other than morbid curiosity. To design the time capsule for non-human but intelligent alien space tourists, for one, so they see how well we screwed up. Number 2 so we can avoid the same fate for Mars when it gets a so-called smart species managing it again.

Or to guide our stewardship on any other exoplanet we choose, in our infinite wisdom, to covet, settle and then destroy, all in the ordained sequence.