Quantum economics – can 2 (or more) minds be entangled?

二 25 Posted by etedprince in Economics and finance 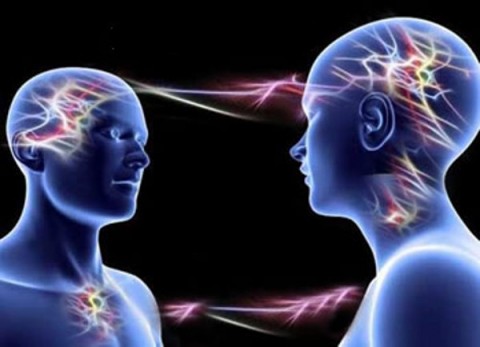 I just read “The Undoing Project” by Michael Lewis. You remember him? The author of Moneyball, the best-selling book about a new way to win at baseball. “The Undoing Project: is about the emergence of behavioral economics and behavioral finance. It focuses on the two key figures in the drama, Amos Tversky and Daniel Kahneman and the incredibly fruitful partnership which led to the profusion of fertile ideas which resulted in these new behavioral disciplines and the award of the Nobel Prize to Daniel Kahneman in 2002.

Why didn’t Amos Tversky get it too? Because tragically he died of cancer before the award so was not eligible even though it might well have been he who had the greater impact on their overall scholarship.

Lewis’ accounts of their joint work make fascinating reading. Numerous times he refers to observers who judged that they worked as if they were just one mind, literally a mind-meld. That’s how they saw it too. That’s while they were in bloom so to speak. Ultimately they fell out of love and went back to two minds again. That’s when they broke apart.

You don’t have to invoke any sort of magic to explain their incredible joint work. Just some sort of intellectual magnetism or attraction would explain it. But when I look at their collaboration another word comes to mind for me. Entanglement.

You probably know the term and how it’s used in quantum physics. It’s used to describe a state in which two (or more) photons are bound so closely together that a change in one is reflected instantaneously in the other, even if they are a long way from each other, even the other side of the universe. Yep, it’s been tested experimentally innumerable times and it really happens. It’s called quantum entanglement. We still don’t know how it happens (although my suspicion is that it’s probably through linkage in one of the 10 - or 11 - dimensions of string theory) but it just does.

Is it possible that brains can be entangled too? We now know that quantum effects occur at the biological level, for example we know it happens in birds with their sense of navigation and there are numerous other examples. Were Tversky’s and Kahneman’s brains entangled for the period that they collaborated? Do famous leaders such as Nelson Mandela make use of quantum entanglement to achieve their extraordinary leadership impacts, as I have surmised previously?

Well that sounds like a step way too far. But there are other examples. How about when two people come up with the same idea even though they never communicated, at least not formally. A well-known example is Newton and Leibnitz who both invented calculus simultaneously even though they were not aware of the other’s work, they lived in different countries and they had never communicated?

Or what about the simultaneous discovery of the HIV virus by French and American researchers? Yep, it’s a long list. The usual explanation is that it is coincidence or serendipity, and indeed it might be. But what if it’s something else like entanglement? Is entanglement really akin to the popular idea that an idea can be “in the air”? Are they really the same thing?

Could it be that there’s stuff going on here that we haven’t really figured out here? Is it possible for example that memes, commonly regarded as being an example of cultural transmission of ideas, are actually mediated by entanglement?

Maybe the cultural transmission is a result of entanglement between many or even a huge number of brains, which we don’t see, but we still see the result, which appears as a meme to us? After all, before the discovery of electromagnetism, we didn’t know about electromagnetic waves. It’s only in the last year that we’ve actually seen gravitational waves which have demonstrable physical effects, even though they are unbelievably tiny.

Quantum effects are tiny too. Do we all somehow communicate with each other via entanglement without being aware of it? Do quantum particle actually turn into quantum waves sometimes and go off and do their own thing? Not so inconceivable maybe?

Behavioral economics and finance are now seen as being expressions of neuroscientific phenomena, mainly via the impact of cognitive biases. But maybe the neuroscience part also encompasses quantum brain effects too.

So here’s where I’m going with this. If all of this holds water (who knows?), then economics is a quantum phenomenon based on entangled brains. To predict the next recession you need to have a framework which shows the links between the levels and types of entanglement and the ensuing economic impacts in the real world. The people who should be studying economics would then be physicists, not economists. Probably they couldn’t do any worse than the pros.

Maybe that’s why modern economics doesn’t work. The vital ingredient, entangled brains, hasn’t been included in the equation. Once you account for entanglement, everything actually works, or so the argument proceeds.

In that case, Tversky and Kahneman found even more than they could ever imagine.