Why Don’t We Rate Management Teams? 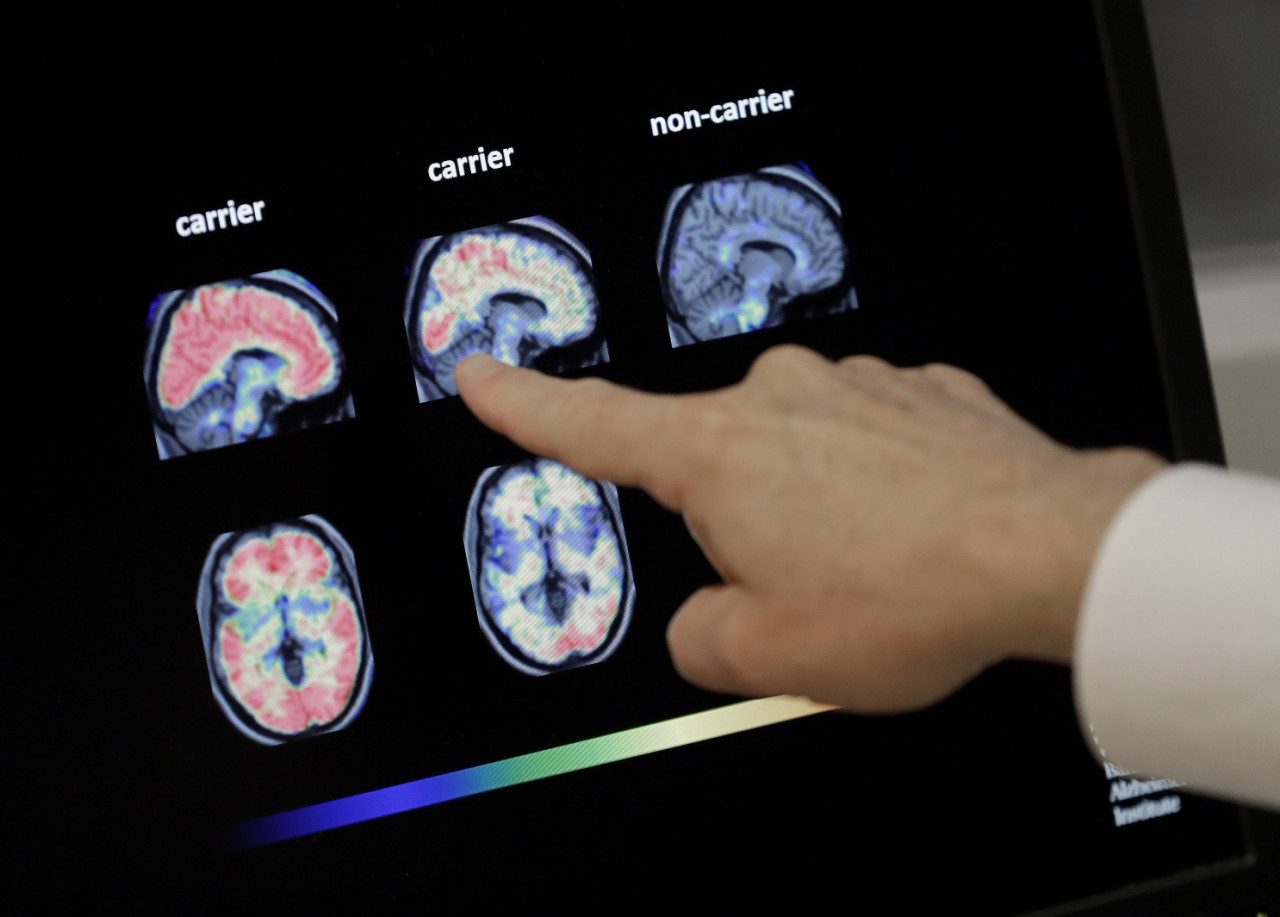 I guess you followed the rise and fall of Quibi? Remember, the hot startup that was going to rocket to fame with short-form video streaming? Naturally, it was a gold-plated tech-icon. How couldn’t it be with the dream team of Jeffrey Katzenberg and Meg Whitman at the helm? And naturally they had a team of up-and-coming executives with sparkling bios to match their celebrity leaders. But all that was for naught as it went belly up after less than two years trying to change the world.

Of course, at least part of the problem was that they backed an idea whose time had not come and maybe never will. But some of it was “the co-founders’ stubborn management, faulty instincts, difficulty promoting their products on social media”; that is management problems. What Wall Street and investors saw as a dream team was instead a collection of bad management behaviors.

Much of that started with Meg Whitman, who, as a previous head of a large company HP Enterprise, was essentially a high-level corporate bureaucrat with a knack for the limelight. That often goes with the territory for some women leaders, remember Elizabeth Holmes, Carly Fiorina, Marissa Mayer? Not that there aren’t 100 men for every one silver-tongued woman CEO, but often the women just appear nicer and more credible compared with the Alpha-male startup founders, even if they aren’t.

So Quibi blew $1.7 billion, about par for the course for other celebrity startups. There’s WeWork for starters. Remember General Magic? Or MoviePass? Yes, you could put it down to a poor or misplaced concept. But who could have missed the volcanic warning signs of an Adam Neumann, or an Elizabeth Holmes?

It’s par for the course for Wall Street and investors to miss these. If the founder or the CEO is articulate, persuasive, narcissistic, manipulative, or another variety of dysfunctional personality, it’s normal for investors to miss these signs. Yet these leaders and their psychometrics give clear warnings that so-called experienced investors often or usually miss. And remember that not all investors are so mature and experienced. How about those newly minted MBAs with great grades from Ivy League business schools and no life experience who won’t be able to read others well for another 20 or 30 years?

Think of all those egregious misjudgments of celebrity CEOs. Over the years I have written about many of them to warn others. The reason I haven’t done more is that it gets you unwelcome attention from potential clients. Think of Steve Ballmer and how his tenure mortally wounded Microsoft for so many years. Or how about Marissa Mayer (see my post in September 2013 “Yahoo – Product Bling 1, Business Acumen 0” , one of the dumbest CEO appointments ever made and how the board just stuck with it years after it was obvious it was a match made in hell.

Or how about General Electric? GE for so many years was beyond criticism. I criticized it (“Do most leaders lack business acumen?”) including Jack Welch, Jeffrey Immelt and Larry Culp but it was only after Welch was safely dead that the SEC finally admitted that a lot of GE’s so-called stellar performance was based on decades of  faked numbers starting at least with Welch and throughout his tenue and that of his anointed successor Immelt, there to make sure the faking didn’t come out, although in the end it did. Yes, I even accused Trump of not having no business acumen in 2015, but how many people listened in on that particularly prescient call?

Remember Eike Batista, the Brazilian phenom? The one who took billions from investors in Brazil, the US and many other countries. The one who was sentenced to prison for 30 years? At his peak he was lauded by investors and politicians globally. His companies had analysts galore following him, boards, journalists, short sellers, but none picked up on the fact that he just didn’t have the psychological makeup to do what he was claiming he could. Just like Adam Neumann. How do you find out about that?

Well for starters, board members aren’t going to tell you coz the CEO appointed them, and they are all friends and in cahoots with him. Analysts won’t tell you coz they don’t know anyway, and they are punished for sell recommendations. The auditors usually won’t tell you because they will lose the client. Remember how Ernst and Young covered up for Fuld at Lehman Brothers? Journalists will never start with a wrong call coz the CEO will cut them off at the knees for any privileged access. Short sellers usually get on to it too late and have to be prepared to get sued so that’s a long shot in most cases.

The problem isn’t that most of these CEOs are criminals. Actually, they are usually relatively responsible men and women who have no idea that they have behaviors that will preclude them from building sustainable value over the longer term.

You can’t really blame them for that. If you are a CEO for the first time, how the hell do you even know yourself to that extent? Vanishingly few people do.

So, who does know? Is there anyone who is actually formally evaluating a leader’s capacity to build long-term value, outside the suffering limitations imposed on any CEO by the need to show profits in the current quarter, even if they don’t really exist? Will current shareholders be happier with a loss or a profit based on numbers that might have been cooked? Sadly, we all know the answer to that one.

Despite all the infrastructure in Wall Street to analyze the results from public companies, there’s no-one you can go to who will tell you honestly and expertly whether CEOs and their management teams have the behavioral capacity to achieve sustainable value and performance over the longer-term.

Who cares about long-term anyway? Most people only want to know about the next quarter. There are no incentives for the insiders to give you this sort of data because it undermines their own model of trading stocks as fast as possible to ramp up all those teenies and to get outsize and ridiculous compensation based on stock awards that focus on the very short-term.

Why are we so surprised that Wall Street and everyone else has given up on ever achieving Alpha? Alpha requires a focus on the longer-term. There’s no money in that.

Ratings for Us Dummies

We rate loans, credit, derivatives and so on. But we don’t rate the very people who make it all happen. There’s a complete lack of data on the management teams which are responsible for running companies. Their behavioral capacities are unknown and usually well-hidden at least from investors. There’s zero behavioral transparency in public companies. Yet these are the people who are responsible for creating the value that will determine whether you have a comfortable retirement or penury.

Why don t we rate them, just like we rate politicians? Why do we have to accept the distorted biases and views of people who evaluate them yet benefit from not rocking the boat? Analysts who analyze the companies that know nothing about things such as mental capacity, vision, focus on sustainability, the things that count in increasing value over the longer-term? Surely, we need to know that more than ever.

Are we going to continue to be ruled by an oligarchy of young and immature analysts who know nothing about these issues and who were never even made to study them in their data-focused degrees which totally ignore behavioral and human issues? Isn’t there something incredibly wrong with this picture?

Wall Street and investors need something better. They need to have some sort of source to tell them about the companies they have bought into and whether or not the people who run them have the behavior - not just the cognitive capacity – to achieve the life dreams of the investors.

Isn’t the happiness and wellbeing of common garden variety investors as important as the suits and the 1% who can get the inside track even when the vast majority of investors can’t? Shouldn’t we be taking a view here of the needs of all investors, not just the ones who make their money from skullduggery and insider trading or paying off their auditors?

The vast majority of the Wall Street enterprise is analyzing data about financials. In order to achieve what Ray Dalio of Bridgewater calls “radical transparency”, we need to get data on the humans that actually run the process and how their behavior determines the outcome. If we don’t do that, we can never achieve Alpha.

To reinvent investing, we need to reinvent the way we evaluate the management teams that determine what company outcomes are. The rest is but intellectual frippery.