Behavioral M&A – Yahoo Needed It But Too Late Now 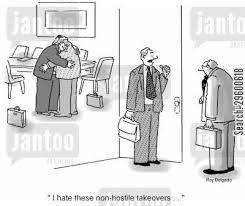 So what’s behavioral M&A anyhows? See here for the skinny, will tell you more below.

When Marissa Mayer was appointed CEO I predicted she would fail. Right on the money (“Yahoo – Product Bling 1, Business Acumen 0”).

Was the problem Ms. Mayer or something else? How about the 70 or so acquisitions she made? They cost around $4 billion; it’s now estimated that their standalone value is around $1 billion. What’s worse is that the vast majority of these acquisitions are worthless. A classic case of value destruction using M&A? Unfortunately that’s a tale that’s all too common.

We are inured now to the saw that M&A transactions mostly fail. By how much? According to celebrity Harvard academic Clayton Christensen et al, writing in the Harvard Business Review (March 2011) “the failure rate of mergers and acquisitions is somewhere between 70% and 90%”.

OMG! How many millions of M&A transactions are there every year? What is their combined global value? What is the level of value destruction in this massive activity?

While millions of entrepreneurs and corporate leaders toil to increase the value of their corporate assets, here is an industry diligently toiling and taking much – all/even more? – of that created value away!

When we calculate the global value of investment services do we subtract M&A value destruction from that figure? Wouldn’t you think something would have been done about it? But no, the M&A industry continues with the same tired and failing approaches that have resulted in this very ongoing destruction.

So maybe we can’t just blame Marissa Mayer. In undertaking her disastrous M&A campaign, she was merely following the teachings of countless academics in countless MBA courses in countless prestigious (and not so-prestigious) universities, and submitting to the ministrations of M&A professionals all over the world who make their living by doing M&A transactions that mostly end up failing.

Of course, they end up failing after – usually well after - the transaction has been consummated and the M&A professionals are safely off somewhere else doing the same thing. Keeping one step ahead of the auditors.

Usually it takes a few years for these failures to become apparent or to be admitted. The M&A guys might not even be aware of it since these transactions are so far in their past, and the checks for their services have long-since been cashed.

After all, the management team that committed the original sin is hardly going to trumpet the inconvenient fact on their watch that they messed up. That’s usually left to the next incoming management team that needs its own rationale for undoing the, now admitted, unsuccessful acquisitions. Just like the successor to Marissa Mayer is going to have to do. If there’s a Yahoo to do it to.

Has anyone got a solution to all this? Nope, except see my contribution down below. To the best of my knowledge, no-one in the academic industry or the transaction services profession has figured it out.

It’s still the same procedure; do due diligence to make sure the figures are ok, and then construct a proforma which adds the two income statements together. In doing which the standard MO is to increase the combined revenues by an egregious amount and cut the expense similarly. Voila, another race to the bottom.

What if you didn’t use the traditional failing approach of relying just on past financials?

What if you were able to translate the behaviors of the two management teams, or the likely successors into behaviorally-derived financial outcomes?

What if you could construct a set of proformas derived from behavioral data and patterns from these teams, based on hard research and science? That is, behavioral proformas?

What if you then used the traditional and behavioral proformas as a way of constructing a new set of proformas combining the best of both to construct proformas that would show how management teams would actually behave in the real world with this specific and particular acquisition with the particular, named members of the management teams that will make it all happen?

Many M&A professionals might say they do that now. But they don’t. The human side of the equation is badly neglected. Even where people try to do it they use ineffective tools like personality assessments and approaches that have no link with financial outcomes.

M&A as currently practiced assumes that leaders and their teams will always act rationally, intelligently and appropriately. But in the real world this is frequently not the case. CEOs are often narcissistic, trying to impress people, build up an image, change things even when they don’t know how. They have personal and professional issues, aspirations, problems, and secrets. Current M&A approaches take none of this into account. That’s why they fail so often.

That’s what behavioral M&A is all about. It’s behavioral as in behavioral economics and behavioral finance, or behavioral strategy. It takes as its base assumption that human behaviors and decisions are not always rational, so we have to take that into account in forecasting outcomes in the real world. I happen to be a missionary for it. Check out behavioral M&A here.

In behavioral M&A you check out the behavioral propensity to create capital of the major management players. Yep, you can do that, see here. It’s a fancy way of seeing if they naturally make money, or lose it. That translates into whether or not they increase or reduce corporate valuations. It’s another – neglected – dimension of leadership.

Would Marissa Mayer and Yahoo have done better if they had used behavioral M&A approaches? Well, let’s face it, they couldn’t have done any worse. Had they thrown darts at a board, they would almost certainly have done better.

The problem was and is that Marissa Mayer is a product guy, not a financial behaviors person. She doesn’t get that. That’s the downside of being a product guru. The Yahoo board hired the wrong sort of person from the get-go.

Maybe behavioral M&A is the missing link to help your own M&A transactions to grow value rather than the reverse.

What’s Your Next but One Career?
Should exercise be compulsory?