Can we calm the global mood with sound? 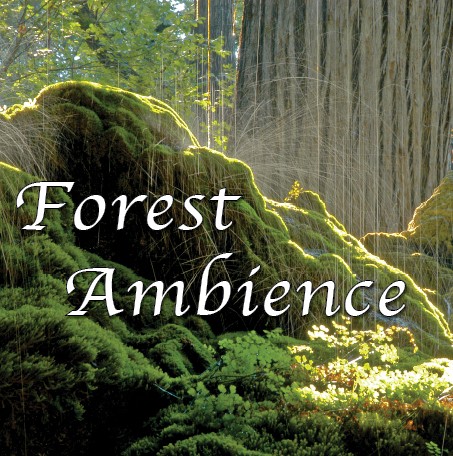 To improve the global mood, we need less noise and more mellifluous sound. How do you do that?

I think there’s a new market developing for what I call “sound-conditioning” (like air-conditioning, get it?). What would they look (or more accurately, sound) like?

I see five broad categories of sound-conditioning products. They are:

Sounds of nature: what if you could have the sounds of birds both inside your house or apartment, and even outside on your patio? If you are a birder, maybe you could create the birdsongs of specific birds such as a dove, owl, cuckoo or songbird?

What if you could create the ambience of a forest, a running stream? Sure, we can get DVDs that do this already. But this would be different because it would be integrated with sound-conditioning technology that would mean that the sounds of nature are not just added to the existing environmental sounds but the other, external noise would be eliminated altogether so that you really seem to be just living in a totally natural environment.

In other words, the new product is called sound streaming, rather than music streaming. And instead of just being streamed to one person, it's streamed to a domestic environment to create a high-fidelity soundscape devoid of any other unwanted sounds that makes the listeners feel happiest and most relaxed.

Sound streaming can be interactive, not just pre-programmed. The sound-streaming product could be integrated with biometric tools which identify the necessary characteristics (facial expressions, sweating, eye movements and so on) to identify a person’s mood and then to dynamically change the sound environment to improve the mood of the people within it.

This could even be targeted to individuals by using focused sound targeting so that each person in a particular domestic environment could have their own customized sound environment linked to the mood at that exact time and the right types of sound to make it better.

It’s easy to see how you could use sound-conditioning products to improve the sound environment in a city setting where noise levels are high, intrusive and impact people’s moods in a bad way. But in a large environment such as outside in a city square we can take some big new steps. Of course we can create the sound environment which feels much better such as a forest or the countryside and remove traffic noise except where it would be dangerous to do so.

But if our aim is to improve people’s moods we can go one step further. We can have interactive sound conditio9ning where the product detects the moods of people in the urban environment and automatically creates a sound environment to change the mood, say to become more relaxed. Or if you want people to be more alert, to create a sound environment that brings that about instead.

The traditional approach has been to view these interactions as an opportunity to advertise or market to the customer. It isn’t seen as a contact which could be used to improve the customer’s mood, and well-being. Sound conditioning offers such an opportunity.

We can start by reading the mood of all the customers and then adjusting the sound environment accordingly. Or we could read the mood of a particular customer interactively (using biometrics such as facial expressions, sweating, eye movements) and then adjust the sound for them alone using sound targeting, a technology which now exists. So it is possible to have individually-engineered sound environments for each customer, reading their mood and using their individual sound streaming to improve it.

Here’s another big product category. It has to do with noisy products such as vacuum-cleaners, washing machines and dryers and other domestic appliances. Outside in the street it includes jack hammers, construction machinery, even vehicles. How about changing the sounds they emit so that they are pleasant and low level, not unpleasant and noisy?

I think there is a whole new category of products here that would make the world a much more pleasant place and help improve our moods enormously. I call these products, “sound-colored” products to convey the idea that we can choose what sort of sound we want that is most pleasant to us, and can be matched to other sounds in the environment so that the sounds complement rather than conflict with each other.

You can think of this as being clothing in the form of sound. So a person could wrap herself in a sound-cloak, kind of like a sound coat. You could do this with clothing that is specially-treated to radiate sounds. Such clothing already exists in the form of materials that are electrically conductive that can conduct electricity and also sound. But why would anyone do this?

What if I had this special clothing that could radiate sounds, let’s say like birdsongs? So as I walked around I would be rather like a bird. My sound-aura would be able to radiate any sorts of sounds I choose, not just birdsongs, but say the sound of a forest, a volcano, or a nursery. Well yes, it’s interesting, but again, why would anyone do such a weird type of thing?

Well if you did this it would make you stand out. It would be like personal advertising. Maybe leaders could use sound-auras to show people that they are present at that place. Maybe that would help them gather their followers together, like a marching band or a band of tourists following a leader with a flag.

Maybe the sound-aura would carry a message to followers, such as, I am here, come to me. Maybe it could be a political or government leader, a leader from a company, or an important doctor in a hospital who wants to gather his medical team together.

So the sound-aura opens up new possibilities for personal branding, personal marking, showing people about yourself or your message, and marking yourself both audibly and inaudibly to convey particular messages which may or may not be private to your followers.

Sound-Conditioning as a Vision of Auditory Feng Shui

Feng shui is a Chinese philosophy that shows how to harmonize people with the close environment. It’s usually used in the context of designing your internal living space so that it harmonizes with the owners’ mental peace.

So can we extend this to sounds? Sounds are a way of impacting our moods. That includes reducing mental and social tensions to provide people with a quieter, more relaxing and more peaceful life. So we’re not just talking about a physical health issue but about mental, personal, social and psychic health. It’s a matter of domestic and global peace and harmony.

Maybe we’ve got to redesign sounds creatively so that they conform to feng shui principles. Maybe that’s how we improve the global human mood to make us all nicer and more peaceable. Maybe it will improve global mental health in the process.

We need to think of something.

Terraforming the Cosmos
Quantum is the new digital