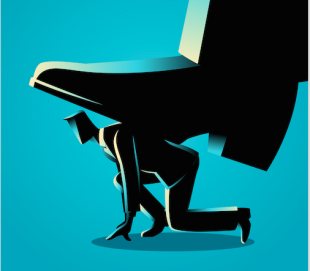 We’ve just seen China approve a lifting of term limits on their leader, an epochal decision. Clearly there’s a move to authoritarian leadership globally. As well as China there’s the usual suspects like Russia, Belarus and North Korea, but now there’s some new/newish members of the club including Turkey, Hungary, Poland, Venezuela, Malaysia and Myanmar (although the last is kind of complicated).

There’s some others that are at risk again of slipping back like South Africa, and Zimbabwe. And there are possible new members of the club in countries we thought were immune – Germany, Italy, even France, Belgium and the Netherlands, thanks to populist explosions. And the US is moving south on the issue too. So it’s worth asking if authoritarian leadership is inevitable and liberal democracy is just a passing and not very important phase.

It looks to me like that even if you have a truly free vote in any country around 50% of voters will vote for a populist and usually authoritarian candidate. Their policies – to the extent they have any – don’t seem to matter so much as long as they favor a relatively illiberal, strong approach.

That illiberal approach is clearly popular with a hard and persistent core of people in most countries. In Russia Putin has a genuine very strong majority of real supporters and the same is true in China, and probably many of the other countries I included above. So we can’t claim that the authoritarian slant has no support, quite the contrary, as is the case in the US.

I see this as a distinction between leaders who are metrosexuals versus cowboys. It’s obvious which is which. Right now the metrosexuals are going down and the cowboys are in the triumphal ascendant. You might like that or not, but that’s what’s happening.

The desire for cowboy leaders might be innate but it’s also being driven by technology. We now know that the social media have made things easier for authoritarian approaches, not harder as people originally thought would be the case.

Technologies such as facial recognition, big data and AI are also driving the move to cowboys. The cowboys are more likely to take advantage of these technologies than the metrosexuals. So add technological advances to innate instincts when thinking about the likely inevitability of authoritarian leadership.

Here’s another reason why authoritarian leadership is spreading. Leaders are copying each other. Other leaders who were on the edge are now copying Putin because they see him getting away with it. It’s clear that has impacted what is happening in China, Poland, Hungary, Malaysia and others.

As the unknown author of the famous quote put it “Nobody ever went broke underestimating the taste of the American (or Russian, Polish, whatever, you fill in the blank) public.” As even more leaders follow the lead, so the trend will spread even further.

And finally we can’t avoid conceding that the cowboys have often brought home the bacon. There’s an unwritten rule in these types of companies. I give you obeisance, you give me stability, if not safety.

If you were Chinese would you prefer the Cultural Revolution or the situation in China now? How about being ruled by Boris Yeltsin versus Putin now? Would you prefer Assad and the Baathists before the deluge or the awful, tragic situation now?

We can peruse a list of many of the cowboy States and see a similar state of affairs. A lot of people globally are sizing up the downside of full democracy and the massive instability it sometimes brings. A stable if authoritarian status quo is often the better choice.

But of course I’m talking in the political sphere. What’s happening in companies and the private sector in all of these countries? Is it the same or do companies and their leaders follow a capitalist version of democratic corporate leadership?

At first glance you might think the companies are still on the metrosexual trail with the obvious strong exceptions of China and Russia. One piece of evidence would be the @MeToo movement, which is strong in the West if not elsewhere.

On the other hand in most of the countries that are run by cowboys, companies are either State-owned or are heavily influenced by their government which makes them into private sector cowboys. China, Saudi Arabia and South Africa are great examples.

So the outlook for corporate democracy in the private sector isn’t good in most cowboy countries. What about the US? Surely at least we’re different right?

If you look at the most successful leaders in the US over the last few years, they were all cowboys. Steve Jobs, Travis Kalanick, even Elon Musk. Even the failures like Elizabeth Holmes (lately of Theranos). They have all been authoritarian with an abusive streak. But they sure brought home the bacon (with Ms. Holmes being a blazing exception).

I happen to admire and respect many of these people especially Elon Musk, but liking them doesn’t mean I am blind to their other characteristics. Just because someone is ultra-successful doesn’t mean that their other side should be airbrushed by the media, as it so often is (check out Marissa Mayer of Yahoo for an example). And in fact the cowboys usually succeed precisely because they are tough and authoritarian. If they were wussies they wouldn’t achieve anything. Ask the Chinese why they go along with the program.

There seems to be something in humans – and not just humans – that is attracted to strength and authoritarianism. Primates generally have alpha males (gorillas have silverbacks) and most animal cultures have their own analogs (c.f. Queen bees).

Maybe it’s because a strong and commanding central voice gets things done with no fuss and makes things simple for people. Not everyone wants things to be complicated. Metrosexuals are intellectuals who argue about principles and get nothing done. We’ve clearly had a big reaction against that in the last electoral cycle. We’ve seen that in Europe too.

Will we get leakage from political cowboy cultures to corporate-style organizations? My guess is yes. I think that the US electorate is reverting to the long-term political mean which means kings, billionaires and (at best) smoke-filled rooms. We are probably on the same track as Hungary, Poland and probably Germany.

That means that we’ll also get more and more leakage to the private sector. Must of that leakage will be airbrushed as it is now to make it look benign, but the chances are that the gap between image and reality is going to widen pretty quickly.

Do US company leaders and their advisers understand this? What about the cottage industry of leadership developers and advisers? Their current credo is the promotion of the metrosexuals; the cowboys don’t have a good name in the leadership development community. But if the leaderati keep on with that credo are they are going to be seen as being decreasingly relevant to corporate leadership and its direction?

I’m not advocating the cowboy approach although I do believe it has its uses and that we in the West don’t understand that it has benefits to developing countries that we don’t mostly understand.

But in any case if I’m right, and it’s inevitable that humans will revert to authoritarian type, we’re going to see plenty more of it, and not just in politics.

In that case, leadership development gurus need to look out. They might well end up on the wrong side of history and with a message that their clients might not want to hear, unless painted with the right varnish.

I’d just finished this post and then across my desk (well, my smartphone) crossed a new book that has exactly the views expressed above; there’s nothing new under the sun right? So check out this book by Rajeev Peshawaria Open Source Leadership: Reinventing Management When There’s No More Business As Usual. Looks like the meme is getting around.