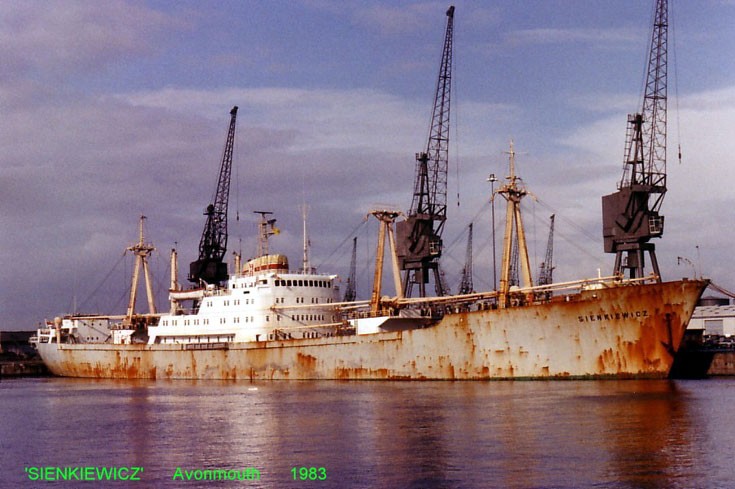 So we’ve had a little excitement about the US imposing tariffs on steel and aluminum and now we’re into a global frisson about the possibility of a global trade war. As we know, they lead to depressions, or so it is said. But here’s the question I want to ask: if a world has declining population growth rates, does free trade still promise the same advantages as in a growing world or is protectionism a better bet?

Now that might sound like a very stupid question. Everyone knows that free trade results in higher economic growth than under protectionism. That was first shown by David Ricardo in 1817 with his theory of comparative advantage. So much so that it is now an article of faith in both the economics profession, not to mention many global leaders.

And we’ve seen it all working too! Global trade has blossomed since Ricardo and there’s no doubt that free trade policies were a big contributor. So the data is right on the side of comparative advantage. It’s not possible to question it right?

Of course you know that’s exactly what I’m going to do now.

Let’s first observe that since 1817 the world has seen an unprecedented explosion in its population. So it wasn’t just free trade; it was also high population growth rates. What was the contribution of each, one might ask?

I can’t find any study (except the one mentioned below) that examines that question. When I look around I can’t find any research that sheds any light on how positive rates of population growth influence comparative advantage versus negative or declining rates.

The problem is that since 1817 the world has been growing and we’ve never seen – except for short periods anyway – instances of negative population growth. So we don’t have a lot of data to compare with.

Economists seem to have assumed that free trade always works because it has worked in the population growth circumstances since 1817. But what if declining population growth rates become general? Does that change things?

The one study I have found is an economic paper from Kyoto University written in 2013. It concludes that economic welfare is higher under free trade even if population growth is negative. But this isn’t an empirical study, just a computer model. It only has two countries in the model. It doesn’t take any account of other variables. Interesting, but not very helpful.

It’s pretty clear that once countries become developed, their population growth rates decline and this can lead to outright population decline in the absence of immigration. So the future is for the developed world to have declining populations, the developing world to have growing ones, as long as they don’t develop. Once they do they go down the slippery slope too.

How about the US? Our population is growing right? Yep, but only because of all that illegal immigration. If the US did not have such huge immigration flows, it would already be declining because its natural rate of population growth isn’t high enough for any net growth. A recent article pointed out that outer suburbs in the East and Midwest have stopped booming and are themselves starting to decline in population as they age, and migrant flows dry up.

So the issue of declining population growth rates and the impact of free trade is pretty critical at least to the US, China, Europe, Russia as well as other smaller countries in the developed world. Time to figure out what’s going to happen. So far the economists haven’t got to ask the question because the orthodoxy that free trade is always best is so strong.

That orthodoxy resulted in the establishment of GATT (the General Agreement on Tariffs and Trade) and the WTO (World Trade Organization). These were the organizational global embodiments of comparative advantage. They have been the backbone of the global push for free trade since World War II.

It seems to me that there are a number of questions we now need to ask. Like:

·        Is free trade the best way to get maximum economic welfare when population growth rates fall to below the replacement level or even go negative?

·        In a world of declining population growth rates, are there other ways to achieve maximum economic welfare, such as just trading between developed countries and just between developing countries?

·        Does free trade even work if you have bad guys who (inter alia) steal another country’s intellectual property or otherwise flout globally agreed trade rules?

The trade debate is ultimately about who benefits. The promise of traditional comparative advantage was that all participating countries would benefit. But now we can see that this isn’t necessarily the case with free trade; there might be freeloaders who are carried by the altruists. There might well be a case for some countries that lose in this situation to withdraw so that they are better off than otherwise. Comparative advantage doesn’t factor this in.

And now we know that even within countries, free trade might well result in losers, especially lower-level workers and those who are already disadvantaged economically and socially. In a world of declining population growth rates, do these people get to be even more disadvantaged with free trade? If their jobs go to other countries, did free trade increase their economic welfare?

If a country’s trading partners are experiencing even greater population decline and it therefore competes harder to win jobs for its own people, which results in job losses for their trading partners, can we say that free trade has been a general benefit even if there is a net benefit which all accrued to the country which devalued the most?

You get the gist right? When Ricardo developed his comparative advantage it was a revolutionary theory that arose in times which by today’s standards were very uncomplicated. Nowadays things are way more complex but the theory of comparative advantage is still the same. And the economists haven’t brought up anything to replace it which takes into account modern circumstances.

All this undermines the case for the WTO and the global push for free trade. It doesn’t mean that free trade is necessarily wrong in principle, only that in practice it might be, or that it might not be the best or even the second best way to go, which stand as the current assumptions behind trade policy pretty much globally.

Different times require different measures. It seems to me that far from there being just two choices – free trade versus protectionism – there are numerous other choices within that spectrum and even outside it.

I think that current ideas about free trade are at best anachronistic, at worst obsolete.

Right now the debate on free trade and tariffs is massively over-simplistic, driven by orthodoxy and partisan politics. Time for people generally and economists particularly to wake up and smell the coffee.