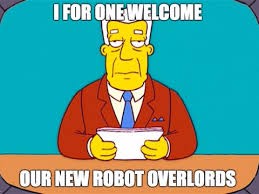 Did you know that the classic book “Moby Dick” has been translated into emojis? Yep, to wit, “Emoji Dick”. What’s the world coming to?

I guess like almost everyone in the world you use messaging on your phone. Maybe you have even been known to use emojis, but only with your kids, right?. Same here, but I have also been known to use them (suitably covertly) with grownups too. So I recently downloaded Bitmoji, to beef up my act.

With Bitmoji you can make the emoji look like you, dress him or her up and generally personalize it in lots of different situations. A lot of fun. But just for kids right?

Hmm, I’m not so sure. First you personalize the emoji’s physical appearance and attributes. I get that. Next it’s going to be a video emoji instead of a static image. Let’s call that a Vmoji, just for convenience. I get that too. I can then add my voiceprint so it can talk just like me (not really, I’ve got an Aussie accent, you guys talk funny).

Once it’s a moving, talking image of me, can I give it my personality? Why not? Just do the Myers Briggs and feed in your coordinates and suddenly it’s an INTJ or whatever you want it to be. Now it acts just like me. Urghhh.

There’s worse to come. When I send you my Vmoji, what’s to stop it signaling that it’s an INTJ (through body language or an overt label, say)? Boring, introverted, socially inept (sorry all INTJs out there, I’m one of you too). Now your Vmoji knows how to treat me. Maybe it’s an ENFP. It knows what attracts an INTJ to an ENFP. So it carries out the routine. Says the right words, does the right things. Yep, it’s got a high EQ. We (well our Vmojis) hit it off immediately. Another match made in the cloud.

Sound way out there? I’d give it about 2 years to get there. Then what?

Heard about all this AI stuff? Siri and Cortana? They're going to gatecrash the Vmoji party pretty soon. So it’s AI+EQ+IQ. Not too far off either, actually a lot of it is already here. Heard of Watson?

It’s pretty obvious that soon the brand marketers are going to be sending us all Vmojis to persuade us to buy their widgets. We’re going to be seeing Vmoji books and communications. Likely that’s already going to be a dated concept by the time it appears (3 years tops).

And visits to the doctor, your insurance agent and your lawyer are also going to Vmoji-ized. Same with your friendly financial advisor. Hear about Robo-advisers?

Now we’re hard on the heels of robo-coaches, the next evolution of Vmojis.

Some of my followers are in the leadership consulting and coaching game. So am I to a point. What’s the betting we’re soon going to be obsolete too? Instead of a human coach a company will just buy a robo-coach to do the job?

Nice thing is, in future, when you want to choose a coach, you can choose the age, gender, type of dress (tech cool or banker’s suit), personality, IQ, EQ. Try doing that with a human. Multiple discrimination lawsuits. In fact with robo-coaches you will actually get more than you would if you’d hired a human, or at least, me.

So, you might think, how can a mere robo-coach ever ascend to my exalted level of experience and EQ? Checked out the Turing test recently? You know, the one where you have to figure out whether advice you are getting is coming from a human or a computer?

Well, it’s getting increasingly difficult to tell. So I don’t think there’s much doubt that robo-coaches are going to take away most of the leadership consulting and coaching jobs. It’s only a question of time.

Better look for a new gig.  Me too.

Earth’s clouds expose us to ET!
Do you have Pre-Alzheimer’s?