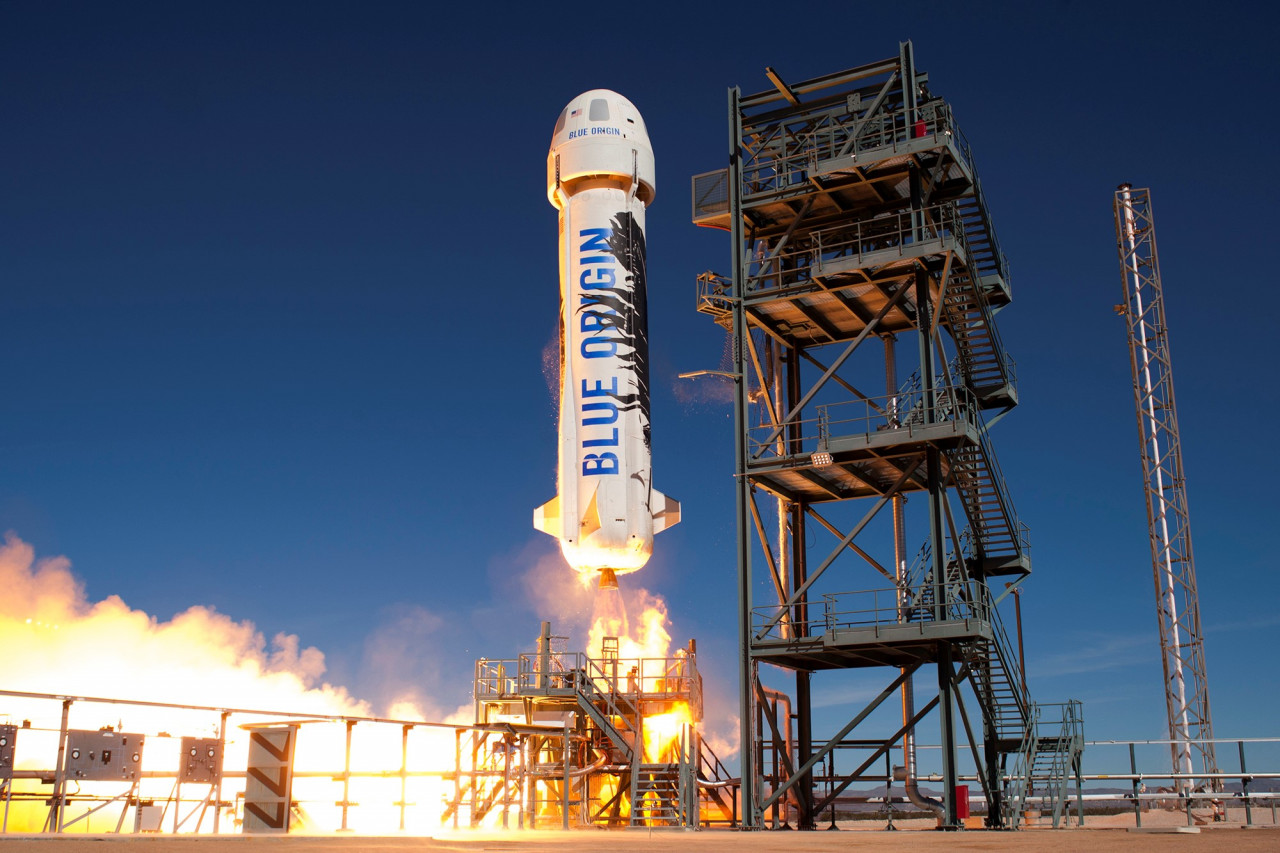 This is the very week that Richard Branson and Jeff Bezos went into space (or near as) and Elon Musk has booked a suborbital flight on Virgin Galactic for a time yet to be announced. Yet the press coverage has been at best muted and occasionally disparaging. As in, they didn’t actually go into real space, just a 3-minute taste of minimal gravity. Do journalists have such an exciting life that a suborbital trip for future tourists is not worth reporting on seriously?

Firstly, I’m amazed by the fact that we got two liftoffs in the same week. When did that happen ever before? Never, right!

Second, I’m impressed and moved by the personal courage it took for these explorers to take the very real personal risk of making the flights. Yes, they have passengers who went up with them too, but that didn’t make it any less of a risk. If you’re a billionaire, it’s not one you had to take.

These three venturers had the vision of going into space many years ago when the idea that you could have space tourism was just a pipe dream, or even worse. There were no reusable rockets – that would be impossible. And in any case how could John Q. Citizen dare to try what even the mighty US government and NASA couldn’t do themselves? And these dreamers were going to use their own money, not the taxpayers’. Another reflection of their psychotic vision.

A Giant Step Too Far?

In fact, these three visionaries were going to try to do something that not just the mighty US would not even attempt, but not even Russia and China, the heirs to the space throne. Not to mention wannabees like the French, Japanese and even the money-loaded sheiks of the UAE.  Yet, they did it!

To do all this and to actually succeed, these pioneers were going to have to develop technology that the government wallahs deemed impossible. Like a reusable rocket. Landing rockets at seas on a tiny little barge. Turning rockets around as they descended so they could land upright instead of having to be ditched and recovered. Not to mention a host of new communications technologies, artificial intelligence apps, automated piloting and a plethora of other things that we spectators could never possibly imagine.

And another thing. Where would you find engineers and other tech types who could all this stuff that had never been done before? And how could you ever get them to work together as a team? It’s hard enough to get talented teams who know what they’re doing to work together productively. How to get the sort of brainiacs and whackos you needed to get this all done. Hats off, I think.

No-one ever thought that any of this would be possible. Yet now we’re even seeing the specter of landing on Mars, or even other planets and moons. The Chinese are now on the case scurrying to catch up so as not be shown up against this frightening vision of American and Anglo-Saxon superiority in technology and yes, in daring, disruptive leadership.

We Thought We Understood Leadership!

The three Musketeers have transformed how we view leadership. They have lifted the bar of how we define, see and judge global transformation. They have inspired explorers in other countries to lift their game and to go for the impossible because it would be too galling to have to admit that only Americans and Brits can reach for and even achieve such amazing heights.

The BBM (Bezos, Branson, Musk) trio have redefined leadership, chutzpah and cojones in a way that is impressing the hell out of every other country and simultaneously scaring the hell out of our adversaries. “We never ever thought that such soft, self-indulgent Americans could ever do anything remotely like this!! Where the hell did that all come from.”

Per Aspera Ad Astra (through hardship to the stars)

The world has seen leadership undaunted before in exploration but it’s all in the past now. Thor Heyerdahl in the Kon Tiki expedition. Sir Edmund Hilary in the conquest of Everest. Columbus in the search for the New World. Stanley Livingston in Africa. These were part of a lost history of unbelievable human exploits, ones never to be repeated, adventures from a golden age and before modern humanity had become too physically and psychically weak to ever achieve again. But now we’re back. And it’s the Americans and the Brits that are doing it!

American and yes, the West (thanks Sir Richard) are back! It’s Mars next and then the stars, piece of cake really if you’ve got the guts to try it.

And it all comes from our glorious democracy that lets crazy people like the BBM trio to give it a shot, come what may. There may be other countries and systems that claim that their scientific and centralized systems will result in them winning the race to corral the human spirit, but there’s nothing made yet that has the power of the American way to ignite the human will, as long as you don’t try to hem it in with rules and political straitjackets.

We aren’t yet seeing the new space initiatives as being what they really are, a demonstration of the power of democracy and freedom and yet another challenge of humans to go even, much, much further. We should all be rooting for the people and the leaders that made this all happen.

America is  back, no matter what anyone tells you.

How About Special Visas for Home Care Workers?
What comes after LGBTQ+?