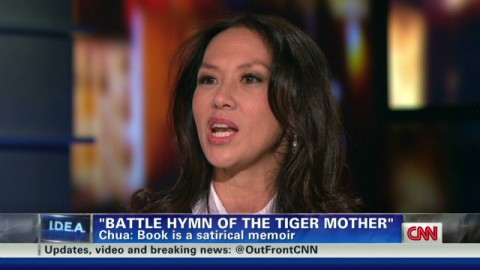 Did you see that Angela Merkel, German Chancellor, just got Time’s Person of the Year? She’s the only Western leader who can deal with Putin. She’s really the leader of “united” Europe which has the combined heft of the US. So she certainly deserves it. Definitely in the same class as Margaret Thatcher and Golda Meir. Outshines any of the other European leaders, without even trying.

Coincidentally I am just reading “Clementine” a biography of Clementine Churchill, wife of Winston. She was a leader too, but never got the recognition. Thereby hangs a tale about leadership and women, one which has I think, been surprisingly neglected.

There are a million references to women having leadership qualities which may be somewhat different to those of men, because they are women. But how do women compare to men as leaders, overall? Is there a fundamental difference between them?

Here’s my take. Women’s leadership qualities are high and innate; men’s are variable and learned. Not exactly PC, but in the opposite way. It’s all to do with women being programmed to have and to hold children and families.

In my view the central components of leadership are vision, teamwork and personal logistics.

You know what Stephen Covey says about highly effective people? Start with the end in mind. Women are big on that. What mother doesn’t scheme to make her son the next President? In looking for a mate they are planning for what their kids will be in 25 years and even for their kids. Meanwhile men are, ahem, let’s say ultra-short-term, with way too much of their attention below the navel rather than being on such strategic issues.

Teamwork is an obvious female strong point; mum is peacemaker, dad the old grump. Mums keep families together by hook, crook and stratagems. You gotta be born to be like that. Men just aren’t into that in the same way. They want to kill first, mediate later. Testosterone is such a bore.

Personal logistics have to do with the care and feeding of the troops. That means, at a minimum, their nutrition, hygiene and comfort. These are the vital details of daily living that keep us all going and are key to our on-the-job as well as our personal performance. When did you hear a man asking one of his employees if he washed behind his ears? Ate his veggies? That the employee looks sick today and needs to stay in bed? How about planning for the meals for his employees for the next few weeks?

Women are born like this. Men have to learn it, if at all. Mostly they learn it in the military, since an army marches on its belly, as all women know but men have to learn. That’s where Winston Churchill learned these details of command, where he didn’t learn them from his wife.

At just about any age, but especially when both are younger, women are emotionally more mature than men. They are more insightful about others. They are responsible in a way that a man almost never is.

That’s why there’s a leadership industry. It exists largely for men because they are so naturally clueless in this area. A small minority of men learn leadership from trainers and consultants. The vast majority learn from women.

From wives, like Winston Churchill from his Clementine, the Duke of Windsor from Wallis Simpson (pre-marriage) and Napoleon Bonaparte from wife Josephine; from mistresses, like Francois Mitterrand from Anne Pingeot, John F Kennedy from Judy Exner (inter many alia’s including Marilyn Monroe) and from mothers like Nancy Lincoln, the mother of Abraham Lincoln, , or from all three.

So to a penetrating insight; if there were no women, men would be terrible leaders and everything would just fall apart.

So why don’t more women get to be leaders? Pressure to have kids, and a global conspiracy by men, both conscious and often unconscious. Religion plays a major part, as we see with the awful position of women generally in the Islamic world. But the Catholic Church has contributed in no small measure as we see with the way in which the Catholic Church has prevented nuns from contributing fully to its work and mission and essentially treating them as second-class members of the church.

Educating men in leadership is usually not effective, partly because they are often too rigid or narcissistic, and often because their own biology gets in the way. There is now an extensive literature on the impacts of cortisol and testosterone in men on risk taking and especially in contributing to financial volatility. No wonder that most men take the wisest course and rely on women for their leadership education.

But how can a man reduce the effect of testosterone when he’s looking for a wife (or just plain sex?). Is it possible that men are generally poor leaders by deliberate natural design?

Maybe we need to give men doses of the hormones that seem to make women naturally good leaders. These hormones are oxytocin, estrogen and progesterone. Maybe there’s a way to do it without men getting breasts and suchlike. Otherwise men are doomed to have to learn from women in order to get to be ok instead of terrible alphas.

So does this mean that we should ditch men as leaders and use only women instead? Newpe. As they say, it’s horses for courses.

Sometimes you need a bull-at-a-gate, a high risk gambler or similar. It’s circumstances, not just the difference between peacetime and wartime leaders. But even here you got to be discriminating. Neville Chamberlain was a terrible wartime leader; Margaret Thatcher a wartime leader also (not just with Argentina; check out how she fought the unions and won). And of course, men can also be responsible and mature in their decision-making. But it’s doesn’t come from deep within the genes as it does with women.

Once women get equality, they get ahead better than men. Globally women are now far more educated than men. In developed countries their incomes are slowly approaching men’s’ and for an increasing share, surpassing them. They are gradually picking up points of leadership share although painfully slowly and with men fighting a protracted rearguard action (although the vast majority would deny that).

But the writing is on the wall. In the next generation, women will make up a much higher proportion of leaders and will eventually surpass men’s share.

More importantly, they will be better leaders than men.