Shouldn’t leadership be about business outcome, not about traits? 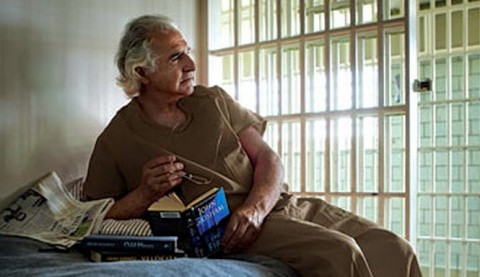 Did you notice that Tesla is now worth as much as General Motors? Quite a milestone given the fact that Tesla sells 80,000 cars a year versus GM’s 2 million plus.  Does that tell us something about leadership?

My go-to reference Wikipedia defines a leadership style as a way of “providing direction, implementing plans, and motivating people”. That’s what I would expect it to say.

If Apple had produced the iPhone but its value had declined relative to other smartphone and PC manufacturers, and its market capitalization had plummeted relative to them, would we say that the leadership had been successful? I doubt it, at least if you were an investor, shareholder or an analyst.

I ran a public company for 6 years. My shareholders and investors didn’t care if I was a good leader in the way that leadership experts usually define it – caring, empathetic, inspirational etc. All they cared about was whether the stock price went up relative to our competitors.

Were they wrong? Their stock was often in pension plans so if it went down, their pension went down. If our stock price declined relative to our competitors, they saw my leadership as unsuccessful. If the reverse they saw it as being successful. Was it wrong for them to think about my leadership that way?

Traditional leadership assessment, at least as practiced by consultants and industrial/organizational psychologists, focuses on the personality traits of leaders. These include things like being inspirational, empathetic, caring, transparent and so on.

But what if you are a terrible leader judged by these traits but you are highly successful in raising your stock price and valuation? What if you were an uncaring, unempathetic, abusive, bullying leader like Steve Jobs but you brought home the bacon for your stockholders and investors? If the business outcome is great, haven’t you been successful? Especially if you were actually an OK (even if not a great) person? I’ve posted on this before “Are Narcissistic, Uncaring People the Most Successful Leaders?”

Employees care most about how they are treated and whether they are paid, not usually about the stock price. But that’s how investors and stockholders view things.

Is that a systematic problem in current leadership assessments conducted by thousands of companies worldwide? Is the fundamental approach to leadership assessment actually wrong, or at least irrelevant to most organizations and companies except maybe nonprofits and government where financial outcome generally doesn’t matter (although it should)?

It’s pretty clear that leadership needs to focus more on the financial and valuation outcome of the tenure of the leader.  That’s just what my company does. Otherwise leadership consultants and analysts, academic and commercial, risk being seen as irrelevant. Is that why in so many companies HR and leadership development has a bad rap? That they are more interested in the welfare of the employees than the welfare of the investors and shareholders?

There’s another way of framing this. Good leadership means that the organization increased its value and valuation under the tenure of a leader, relative to close competitors. In this case s/he was a successful leader. No matter how popular the leader with employees, if the valuation of the organization declines during her/his tenure relative to close competitors, then s/he was an unsuccessful leader.

Now this should not be interpreted as meaning that we shouldn’t care about the welfare of employees. I was a CEO for some 20 years and so I’m well aware of the importance of good leadership traits such as being inspirational, empathetic and so on. But as my shareholders would have told you, none of this is important if they were losing their shirt on your stock. Welfare and charity only go so far when you hard-won savings and pension plan is at stake.

Lately I notice that there’s been online chatter about industrial/organizational psychology being in crisis. I/O psychology focuses on leadership traits rather than on its financial and valuation outcome. I think that’s a major reason why it’s losing currency on the business side of companies. Business acumen and behavioral finance is gaining currency because it links the behavioral traits of leaders directly with financial and valuation outcome.

Leadership development and HR executives, as well as consultants, need to focus more on financial and valuation outcome if they want to stay relevant. To do this they need to get with the times and become familiar with behavioral finance, behavioral economics and business acumen. Many don’t want to do this since its unfamiliar territory. If you come from the psychoanalytic tradition, finance sometimes looks threatening.

The world moves on regardless.

Do trees have brains?
Social Science is the study of entangled brains: D...