The End of Vaccines? 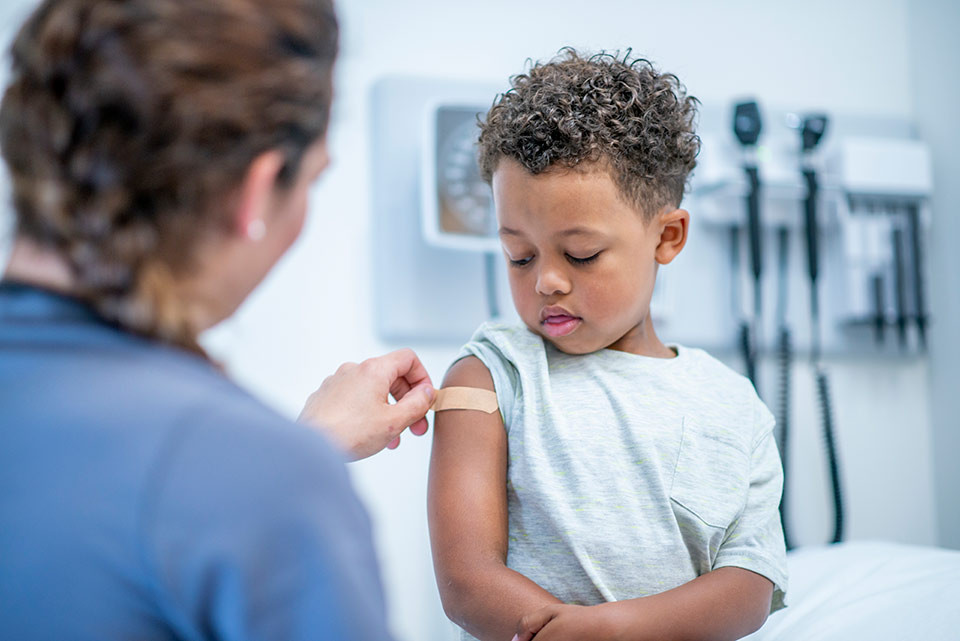 I just read an article about innovation in the Harvard Business Review (“What Evolution Can Teach Us About Innovation”) by Noubar Afeyan and Gary Pisano. Noubar Afeyan is the co-founder of Moderna and a serial entrepreneur in the biotech space. Since he is a luminary in the vaccination area it got me to thinking about, well, vaccinations. He is an innovator and a vaccine guy. What does this all mean for the future of vaccines?

Vaccines have been top of the news lately to the point of exhaustion. They are variously seen as being a breakthrough and a curse. Are they a step along the way to something much better to the point that they are no longer needed?

There’s rightly been intense pride that we have managed to bring out new covid19 vaccines from Pfizer, Moderna, Johnson and Johnson and AstraZeneca amongst others. It is an achievement. But let’s be honest. With all due respect to Noubar Afeyan, although they are getting us out of a tough spot, the vaccines are not a gamechanger on a human scale. That’s to say, without them the human race would still survive, in much the same form, Nice but no cigar.

Meanwhile, with or without them, we still have the same problem that we all are able to be infected by numerous viruses and bacteria. That hasn’t changed. We’re still in the same mode of picking them off one by one as their little viral pinheads pop up. Our global model now with disease is whack-a-mole, let’s call it WAM for convenience. T’was ever thus, and t’will be forever more unless we take a different and more all-encompassing view of the disease problem. Why can’t we just have a vaccination that hits everything, all at the same time?

All for One and One for All

Now you might be thinking I’m smoking something. You’d be wrong but your skepticism is not totally misplaced. But why don’t we take this broader view? Shouldn’t we be thinking of all the millions of new viruses we haven’t seen yet but which will assuredly come down the pike at some stage and whack us all over again? Isn’t that what the epidemiologists are all telling us? Doesn’t it stand to reason. Can’t we do better next time?

Remember, the good news is that with these new covid 19 vaccines we did indeed harness some new tools. There’s the mRNA method of creating vaccines; that’s a new one so one up against the nasty critters out there. And for some time, we’ve had CRISPR which has revolutionized biology, medicine and genetics.

Recently it has been revealed that the scientists behind CRISPR have just made a giant new step, namely that they can miniaturize CRISPR editing tools by a huge amount that means we can insert genetic sequences into genes that are way smaller than we could deal with before. That means we have a new set of tools for new types of viruses. It’s called mini-CRISPR. No doubt there will be even more new advances in the field soon.

The result is we will be able to develop medicines drugs and vaccines against a range of viruses and microbial vectors that we have never been able to until now. So, we can get more ambitious. We actually have it in our sights to move past the WAM approach. All we need now is ambition and daring. We can get that too, right?

But realistically that’s going to take some time to achieve. Maybe we’re looking at another generation before we get to the point of having a universal vaccine. What do we do in the meantime? Here’s my idea.

Ageing Such a Bore

I’m sure you have been watching with unbated breath about some of the advances being made on the ageing front. If you can address ageing, you have a back door means of dealing with lots of nasty little microbes all at once by making the human internal bodily environment uncomfortable and even toxic for them without hitting them all individually.

That admittedly is a big deal. If you can get rid of the molecular attractors within humans, you immediately take a giant step to achieving the global solution without having to devise individual attacks against thousands of viruses You can skip a giant step so to speak.

The thing about ageing is that we’ve already made a big breakthrough. That is the discovery of some little wigglies called telomeres. These are the end of chromosomes. As we get older, they get shorter. Is it possible that there are ways you can start making them longer again? If you could then you address widespread ageing issues like inflammation and natural breakdown and cell death. At a stroke you reduce the need for lots of individual drugs and approaches to get to the individual microbes. Can we do that?

Well yes, by lifestyle changes such as exercising. As we know that’s uncomfortable and burdensome and you just can’t count on most people doing it, let alone yourself.

But there’s help on the horizon. We now know that there are drugs that can indeed lead to the lengthening of telomeres, and at least a slowdown in their shortening. There are a number of new drugs on the horizon to treat these so-called telomere diseases. Hey presto, you’ve just extended the ageing process. You reduced inflammation in numerous bodily systems. In the process you’ve denied territory to the viral enemies which cause and exacerbate ageing. You can live longer! What’s not to like?

That still leaves us with a problem. How would you administer this new anti-ageing cocktail? Maybe it would be by vaccination. But if we’ve learned anything it is that vaccination arouses powerful passions in people that get in the way of rational reflection.

For all the smart tech in the new vaccines, it’s clear that the social and behavioral issues around administering drugs have not yet been figured out. If we do indeed get a WAM Terminator the smart money should be on a no-vaccination approach. That’s something left to do even if we figure out the universal anti-ageing drug.

But if the theory works out, now you’re covered against numerous viruses so you can avoid having to have the numerous vaccinations that WAM requires to keep up to date. In that case, no WAM means no vaccinations or next to none.

For whatever reason, vaccinations have become a dirty word to many. For reasons I don’t understand, it seems that infusions have no such baggage. The antibody cure for covid19, Regeneron, is administered by infusion. Perhaps that is how you administer the universal WAM Terminator dose so that you stop vaccinations for good.

Back to that HBR article on innovation and vaccination. Moderna is indeed a breakthrough, but it doesn’t feel like it gets us to where we want to go eventually. I would like to see all the vaccine makers, not just Moderna, but Pfizer, J&J and AstraZeneca, looking to the future not just to the present. They’re big enough. We need a vision from them too that tells us how they are going to get to the human future without any vaccines at all, rather than the more the merrier.

A world without shots? That’s the new vision for human health!

Where Life Isn't
Can You Patent a Personality!