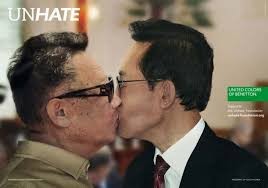 Tinder recently announced big news. In future it will have a special space to list your job and education. Yep, never had it before. I guess that’s why it has had the reputation of being a hookup site…

But Tinder might just be telling us something really big, about leadership, inter many other alia. So I think it’s worth a gander, if only to see how the other half lives.

The MO for dating apps has always been pretty rote. Ask a bunch of questions, and then match. Some of the apps have hundreds of questions. Then a lot of number-crunching behind the scenes. Now you can meet the carefully-selected people who are similar to you or have similar interests.

Guess what? Tinder doesn’t ask any questions! Just post a big photo and then people ogle you to see if they think you are The One. That’s kind of different.

The old dating app model was nerdy and analytical. The Tinder Way is, O&A, ogle and act, next one please. No thinking here. Fire, aim, ready. Doesn’t that sound like the reptilian brain at work?

Switching gears for a moment you might have heard of Daniel Kahneman, the famous behavioral economist. He is the author of a book entitled “Thinking Fast and Slow”.

The basic thesis of the book is that we humans have two thinking systems. One, System 1 thinking is fast and reflexive; there’s no conscious thought at all, just unconscious response and fast action.

The other is System 2. It’s the way that modern humans think, supposedly. Like careful, deliberative, calculating, transparent. The thinking man’s approach to life. Very New Age. System 1 is animalistic and intuitive. System 2 is human and rational.

So here’s the gist. Dating apps always used to be System 2. You thought deeply about that future potential M(r/s) Right. Never leave anything to chance. System 2 is the high road.

Tinder has broken the mould though. It’s taken the low road. And guess whose dating app is winning by a landslide? The low road of course!

But wait! Why is the low road winning when it’s so…brutish? Men looking at women’s pictures and making a possibly crude judgement instantly. And, what’s even worse, genteel women doing the same, with gusto! What’s the world coming to?

Could it be that the low road is winning because it gets better results? That an instant’s glance at the picture of a man or women is better than in-depth analysis of the mounds of well-though-out responses to detailed questions about your life and preferences? That System 1 sees more and gets better outcomes than System 2? What about Hadoop and Big Data then!?

Now let’s switch our attention to something else again. Leadership. You know; how to figure out who will be the best CEO, the most successful President, and the best football coach.

As you know, the world collectively invests a lot of time and effort in leadership. Its selection, development, its nurturing, choosing the right person for the right position, and so on. It happens to be a frequent topic of my own writings.

Do you remember all those personality and competency tests we give to so many of the leadership hopefuls? Or how much time and effort we all spend collectively trying to figure out who will be best leader? The analysis, theories, thought, discussion, writing, controversies and so on we all conduct to figure out the best answer?

It’s all down to System 2 approaches. The analytical and rational ones. The high road. The one that doesn’t work so well, if at all, with dating.

It’s starting to look like humans are unbelievable judges of character, just by looking at a photo. If we start to formally analyze the person behind the photo, we mess things up totally.

Why so? Because much, if not almost all of the biographical information we are analyzing is irrelevant when it comes to the real world. System 2 is very poor at analyzing the really pertinent factors in the real world in real-time.

System 1 by contrast, is great. That’s because System 1 evolved way before System 2 and it has tricks up its sleeve that rational System 2 approaches haven’t decoded yet, and probably won’t for another few eons, if we last that long.

That is, we all, either unconsciously or consciously, use System 1 approaches in judging leadership, it’s not a pretty picture and we might abhor it, but it’s nonetheless the truth. Our job should not be to reject the combined experience of millions of years of evolution; it should be to decode what System 1 sees that System 2 doesn’t.

Should we be using dating apps like Tinder to assess and develop leaders of all persuasions? Would it be a better predictor of leadership success? Of organizational and team alignment?

Is our fixation on System 2 leadership approaches totally missing the point and screwing up the entire field of leadership? Is this why modern leadership might actually be degrading globally because of our attempt to rationalize what are essentially irrational and even animalistic leadership behaviors? Are we missing something really, really big?

If so, it’s going to be interesting to see the outcome of Tinder’s latest change to its matching process, by getting people to add details on jobs and education. It looks like they have decided that they need to inject some modern System 2 thinking into the romantic mix. Maybe the Big Data guys got to them.

If my theory has anything at all to recommend it, the Tinder move will be a bust. Tinder will look like all the other dating apps and end up with a highly intelligent, educated, professional but unfulfilled and unmatched clientele.

Blockchain – A Revolutionary New Way to Stop Corru...
Is the immune system the seat of consciousness?