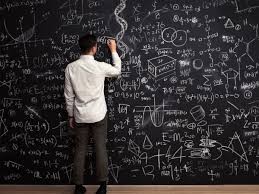 In the same vein I notice that the Wall Street Journal now has a new and separate section on quants. Does that mean they’ve peaked?

Are we talking about the same quants? The research seems to show pretty unequivocally that passive indexes consistently beat active stock pickers. I presume that must include quants.

Just to rub salt into the wound, the latest research shows that active stock pickers also underperform indexes in bad markets. In other words, alpha seems to be dead, at least to the vast majority of professionals.

But here’s my question. If active stock picking is dead, how come the quants are ruling the roost right now? Every financial and investment bank relies on them to manage their funds. Actively managed hedge funds use quants. Passive funds use quants too. The WSJ thinks they are big. But quants don’t seem to beat the indexes any more than the old-fashioned investors do.

And the quants don’t seem to helping the big hedge funds either. Paulson has lost big-time on gold as well as on Greece and Puerto Rico. Paulson’s hedge funds currently manage around $10 billion versus $36 billion in 2011.

And he’s one of the good ones; there are legions of other smaller, less-known funds that have gone out of business in the last few years. If quants could have saved them, wouldn’t the funds have hired them to do it? If quants have cracked the code, wouldn’t Paulson funds have actually grown instead of slumping?

So why are quants so big now? It flies in the face of all the research into investment returns. Yep, I get it, now they’re used for approaches like smart beta and so on. Developing algorithms for trading which, while it does not achieve alpha, may allow you to beat other players who are looking for positive, if marginal returns.

The quants are being used to eke out (hopefully) reliable but minimal returns. In other words, making the best out of a bad job. Maybe they do that. But they’re not going to get alpha. By their own admission (viz. the popularity of index and smart beta funds), alpha has disappeared into the mathematical sunset.

So how come? Surely all these PhDs in theoretical physics, game theory, brane theory and other such exotica must have approaches which describe the market so well that they can win for their masters? Obviously not.

Why not? What’s wrong? Why does the best math and the most illustrious mathematicians that humans have to offer not allow investors to get alpha? Is there something missing? Something really fundamental?

Maybe the mathematicians have got so embroiled in the finer points of the mathematics that they’ve lost sight of why they are there and what really counts? How so?

For starters we have to remember that it doesn’t matter how good your data set, you’re dealing with history. Historical data. So your indicators are backwards-looking, that is, they are lagging indicators. No matter how sophisticated your approaches, you're always dealing with the past, its patterns and extrapolations therefrom. No matter which way you look at it, quants are really historians.

Now I have nothing against history. But what if history doesn’t repeat itself? What then?

What does history miss? It misses new and different people with different behaviors. Now I’m no mathematician but one thing I do know is that quants don’t take into account the behaviors of the people that lead companies, who issue bonds, and who develop derivatives and other such mathematica.

When quants look at a portfolio of companies they don’t take into account who leads them. They could be led by Mother Teresa or Attila the Hun. Their models will still be the same.

Behavior is the only leading indicator out there. Yet that’s the one thing that quants don’t include. Seems amazing right?

But why would they include behavior anyway? They’re mathematicians, not psychologists! Why would anyone in their right mind include human factors when you’re dealing with pure mathematics or theoretical physics? Don’t humans act like math and physics say they should?

You can see the problem here folks. If you’re a hammer everything is a nail. Quant approaches deal with the mathematics of history and thus it ever shall be.

No-one ever told the quants that you have to think outside the mathematical box. No-one ever told them that the only true predictor of future history is behaviors. After all that wasn’t in their degree! They didn’t get get a PhD in math just to have to wrestle with soft, squishy human and behavioral factors that everyone knows you can’t predict anyway. Right?

Quant approaches have been forced to give up on alpha because they don’t address behavior. The reason they can only address smart beta is because beta is incremental and so assumes that behavior doesn’t change much. The math can cope with that.

But if you want to predict and capture alpha you have to deal with irrational behaviors and the quants have no models for that since no-one every invented one. At least not until the recent advent of behavioral economics and finance.

If you want to see how this can be done, check out our Cognitive Alpha™ approach. But that’s another story.

Quant approaches will only ever be able to address alpha once they get out of the intellectual rut they have confined themselves to by not addressing behavior in a formal and quantitative manner. They won’t ever work unless they move themselves out of the mathematical box and divest themselves of the algorithmic straitjackets they have bound themselves in with their PhDs in the “hard” sciences.

Sure these can help. But not if you think they are the only way and not if you think mathematics as practiced by academics will somehow mystically get you to the Holy Investment Grail in the digital sky..

The search for alpha is not just about the fruitless search for what we now know to be a nonexistent magic bullet. It’s about having the mental agility to appreciate that modern science, for all its achievements, hasn’t figured out everything yet. Unless you go outside received disciplines the search for alpha will be pointless.

None of this is to say that quant approaches can’t be successful sometimes; just not usually and it might also just be a matter of luck; a statistical fluke that quants are in any case supposed to replicate. But don’t.

If the quants want to become relevant they’ve got to start dealing with human factors. Maybe then the math will work.

A Radical Fix for the North Korea Problem
Terraforming the Cosmos