Which Crypto Companies Will Win? 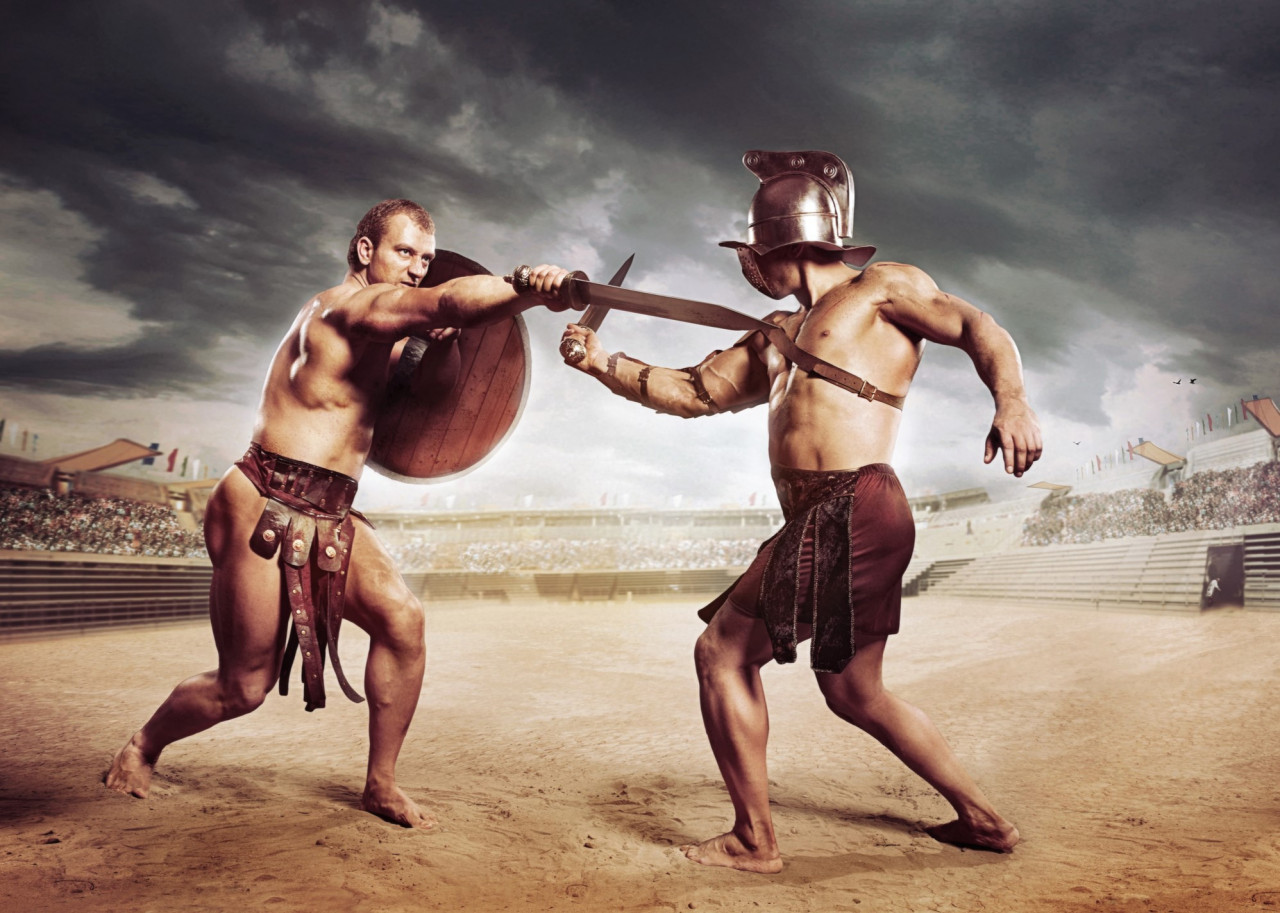 Cryptocurrencies are hot. Many of the companies are public so they are attracting a lot of attention. I published a blog recently in which I pointed out that there are about 4,000 crypto companies but there could be more than a million eventually since its relatively simple to set one up these days because the templates have already been developed (“A Million Cryptocurrencies?”).

So, what’s the burning question that everyone wants answered right now? Surely, it’s about who’s going to win? Because that tells us which cryptocurrency will dominate. And that predicts a lot about where the global economy is going and who’s going to reap the rewards. No pressure, right?

Of course, that’s not such an easy question to ask. The crypto companies are still tiny in the overall scheme of things, their various technologies are mind-numbingly complex not to say esoteric, they are all in the early stage of development, valuations are either hopelessly inflated or massively underrated, depending on your point of view, and to the extent that they have metrics such as market capitalization and network sizes, we don’t even understand what these metrics mean.

Don’t Use Financial Data to Predict

The crypto companies issue a lot of figures, financial and otherwise. Personally, I don’t even know what they all mean and I’m not altogether sure anyone else knows either. But I’m prepared to admit that I’m at the bottom of the knowledge curve.

I came to crypto late in the game so I’m behind most of the cryptorati. What that means is that I’ve got to approach the question in a totally different way. So instead of using all the available figures, as inscrutable or potentially instructive as they might be, I’m going to use behavior as my novel way to illuminate the matter. To wit, I’m going to look at the behaviors of the founders of the cryptos to throw light on the financial outcome that follows from their cognitive biases.

Some of you might recognize that I am harnessing new discoveries in behavioral finance and economics; you know that discipline that started with the award of the first Nobel Prize in behavioral economics to Daniel Kahneman in 2002? But the discipline doesn’t really matter. It’s how we use behavior to illuminate potential financial and valuation outcomes.

That’s something I claim to know a smidgen about so if you are curious check out my two books on the matter, down below. They are really boring but if you want to understand what I say about the future of cryptos, you might want to skim through them, so you know the chain of reasoning involved.

Here you go: (Prince, E. Ted, The Three Financial Styles of Very Successful Leaders: Strategic Approaches to Identifying the Growth Drivers of Every Company, McGraw Hill, 2005) and the other: (Prince, E. Ted, Business Personality and Leadership Success: How to Use the Leadership Cockpit to Improve Your Career and Company Outcome, Amazon Kindle, 2011).

I’ve put my conclusions about the winning cryptos down below in the table. A word to the wise. Since there are at least 4,000 crypto companies now, obviously I couldn’t analyze them all, so I just took the 6 best-known (arguably anyhow) to show you the reasoning involved.

And because there are a lot of moving parts in analyzing the behaviors of these 6 crypto founders or founding duos, I’m just summarizing the main conclusions. If you want to get into in more detail, check out my books and I invite you to finish off the job for the other 3,994 crypto companies (plus the ones that are constantly emerging).

Who is Nakamoto Anyway?

Naturally you have to look at Bitcoin, but we don’t even know for sure who the founder is. But assuming for the moment it’s Satoshi Nakamoto, we don’t even know what he’s like anyhow. So, I’ve made some appropriately heroic assumptions.

Chances are Nakamoto is a deep introvert, socially inept, visionary, maybe uneducated, entrepreneurial maybe even ferociously so; think Bill Gates when he was a founder-kid. My assessment of a strongly rising tide valuation (relative to all other companies in the space) could well be dated since as other companies have jumped into the market, the value-adding of the bitcoin model has declined relative to them.

So, the bitcoin value-adding (which is not the same as valuation) is declining in relative importance even while it’s growing in absolute importance. So, bitcoin is up there but the bloom is coming off the rose, at least right now. It will still be valuable but it’s going to come (in relative terms) down on balance.

As you can see, of the 6 contenders, I only rate one other as being a contender for likely winner, namely Ethereum. It’s not as highly rated as Bitcoin since the founder (Vitalik Buterin) is altruistic, a leadership type we call a Missionary. Kudos to him but usually when you have an altruistic founder it rubs a lot of value off the business, even though it might reserve his place in heaven for the eternity, instead of just the here and now. He himself is the philosopher-king type, a visionary with ethics and noble social intentions. Despite the altruism, that’s good for sustainable value-adding. Even the altruism won’t stop him from making money due to the high value-adding. So, the betting is that this company will still be around for the longer-haul and in fine fettle, even though it might not take all the honors.

That leaves us with 3 companies that I don’t think will make it, at least if based on the psychometrics of the founder, talented and brainy as they well might be and sometimes obviously are.

Doge is tarred with the reputation that it started as a joke. Doge was founded by two entrepreneurs who are what we call project estimators. This type of leader does things on the cheap adding no additional value to what is already in the market, as evidenced by Doge’s straight plagiarizing of what was already in the market and then leaving the crypto to be hijacked as a cheap currency able to be used for scams and marginal purposes.

The Dogecoin itself has the reputation of being a cheap imitation of other more mainstream cryptos. Project estimators are known for spoiling the ship for a ha ’pennyworth of tar. Prediction is that it won’t actually go out of business, but it will linger at the bottom end of the market and eventually be acquired by a company outside the crypto space that wants to find a cheap entry into the market.

So Much for Vision

You might want to argue with me about Chainlink, so go ahead. Your argument might be that it is the brainiest of all the crypto companies and you might even be right. But brainiest doesn’t mean you’ll win, often quite the opposite.

The founder Sergey Nazarov is a visionary all right, but he’s got an addiction to over-prescribing for his admittedly brainy solution. The value is there but all those oracles drive up expenses both for the company and its network. So, he might well have bragging rights to the smartest crypto solution but that won’t save him from insolvency, which is where I predict he will end up. Of course, he might have been saved from death several times by generous benefactors and possible acquisition, but the end is almost certainly ordained.

A Hex on Hex

The founder of Hex is one Richard Heart, which appears to be a pseudonym for Richard James Schueler, a bitcoin commentator of dubious credibility. Whatever, Richard Heart appears to be a showman/salesman type of leader, one we usually call a Customer Fixer. These are hard-selling types, usually extroverted, persistent, articulate, talented in many ways, but not ever likely to make money although they will definitely pull in many supporters and sales.

The value-adding of Customer Fixers is low – usually they copy from others, and their narcissistic tendencies invariably lead to high resource utilization. Low value-adding, low margins, high expenses, not exactly a recipe for success. They are usually what we call an Industrialist leader – low margins, high expenses. The valuation outcome is what we call Market Endgame, running out of money after an inglorious decline. So, looks like a hex on Hex.

The Muskiest of all Musks?

And finally, there’s Internet Computer (ICP) which is in a league of its own. They claim to be able to abolish the internet in its present form and put the internet on everyone’s computer, plus your very own way of playing the global currency game.

It’s visionary all right, unbelievably so, so value-adding is tops. This looks like Elon Musk several years ago when everyone thought he would be a loser and then he wasn’t. But the betting is that the company is what we call a Venture Capitalist, high value-adding but even higher resource utilization. In that case they will go south at some stage, badly so. Just don’t forget that this could still yet be Musk even though everyone thinks he’s through the worst of it all. Call ICP a potential Musk or a bust.

Where these Cryptos End Up

You get the general idea, right? Just my humble opinion. Now it’s your job to analyze everyone else. In the meantime, my prediction is that of the 6 companies I’ve reviewed, 2 are likely long-stayers, 3 are probably on their way to perdition and one, ICP, is either a huge winner a la Musk, or a huger loser, like Adam Neuman of WeWork.

Are Bionic Running Shoes the Same as Doping?
Are UFOs Drones – Terrestrial or Otherwise?