Can we create irrational AI? 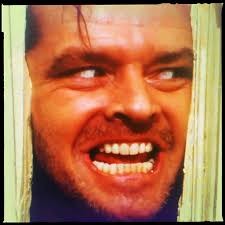 Did you notice that an AI program from Google just beat a top human player at Go? It’s a big deal; the chess problem was solved years ago but Go was still a challenge. So now that problem has fallen, AI has got to go to the next step. What will that be I wonder?

The problem is getting more difficult as we come to understand that humans aren’t the only smart kids on the block. The realization is slowly dawning that animals are much smarter than we thought. So the bar for AI is rising slowly as we bring animals into the intelligence sweepstakes.

Numerous species are now known to use tools, some of which they make themselves. We know that killer whales gang up to hunt seals, even working together to create waves to topple them off ice floes. Scientists have now found that ravens have a ‘theory of mind” – they use deceptive behavior, especially when they think they are being spied on and have the ability to interpret the thoughts, hopes, and fears of their fellow ravens.

But even emotions are rational. They serve a function, to help us react more constructively to circumstances. Sometimes behaviors can appear to be irrational. Both humans and animals do weird things to attract mates, crazy courting behaviors, brilliant plumage that makes them visible to predators, and so on. But these are rational behaviors connected to the basic but grizzly imperative of keeping the species going.

So what research is showing is that both humans and animals are pretty good at rational behaviors, even when they don’t appear as such. But what about irrational behaviors – ones that don’t seem to have any rhyme or reason, that just are not logical or reasonable?

For humans we have a lot of these of course. Pathological behaviors that are bad for us like smoking, excessive drinking, OCD, egregious violence, unreasonable and pointless helpfulness too. Animals seem to almost as good as us at rational behaviors. Maybe they’re even better – we don’t know at this stage.

But what about irrational behaviors? Do they do that too? We don’t know that at all. So far scientists have focused on whether animals have intelligence like us. The answer is probably yes. But to the best of my knowledge no-one has ever asked whether or not animals are irrational or are as irrational as us. Or even partly so.

AI has always had a positivistic basis. It arose out of the work of mathematicians and computer scientists who were consumed with the problem of whether machines could exhibit the sorts of intelligent behaviors that humans do. But they never thought much about whether their machines could exhibit the sorts of weird and irrational behavior that humans exhibit every day.

There are apparent exceptions of course. The computer Hal, in the old movie “2001” is a well-known one. But Hal actually wasn’t really irrational. He was merely a power-hungry being, like so many humans, and acted rationally to rid itself of its pesky human “owners”. So we have to eliminate the category of evil robots and computers from the discussion. Evil doesn’t mean irrational, unfortunately.

But nowadays there is huge intellectual impetus for the drive to understand the irrational. We now have new disciplines of behavioral economics and behavioral finance. They are based on the assumption that humans exhibit mixed rationality; sometimes rational, sometimes irrational. And if you don’t account for that, your calculations are wrong. Just ask economists; economics doesn’t work because it’s based on the bedrock but flawed and often wrong assumption that humans always make rational decisions.

Animals are a great test case. If we can show that they too are irrational, then maybe machines can be too. If not, then maybe humans are indeed different – biological exceptionalism if you like.

So here’s my take on things; the next step for AI is creating irrational machines. That’s really the summit of machines intelligence endeavor.

Creating super-intelligent AI is almost a no-brainer, we will soon have been there, done that. But irrational ones? Now there’s a goal. Maybe it’s dangerous but it’s going to happen anyway, just like cloning humans.

Wouldn’t it be better for us to understand the bases and mechanisms of irrationality than not? Wouldn’t that help us address fundamental human pathologies such as war, violence, cruelty, avarice and the like? Isn’t that the sort of knowledge that could save us from ourselves, rather than getting to an IQ of 10,000? Couldn’t that also be our ultimate defense against the nasty aliens postulated by people like Stephen Hawking?

The next compelling step for AI is to create irrational machines. Whether we can do that is an open question.

But understanding the basis of irrationality is ultimately much more important to the human race than understanding and creating super-rationality. Just ask the people in Syria now.

Behavioral Economics & Finance Need a Killer App (...
Are women smarter than men – but only after babies...