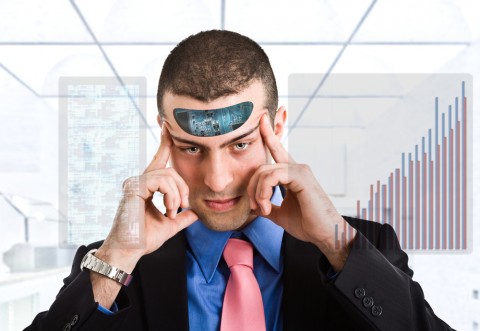 So if you look at my LinkedIn profile you’ll see that I am billed (inter alia) as a thought leader in behavioral finance. So why would I be casting aspersions on my chosen field?

A while back I was discussing behavioral economics and finance with a very senior executive (British btw) for strategy and innovation in a well-known and respected global public company in the financial services space. He told me that his group had been carefully monitoring developments in these areas but so far they hadn’t lived up to their outsize billing. He and his colleagues still felt that the field was worth watching but they didn’t see a killer app and couldn’t see how it was going to help them in either the applied field of finance and economics, the core of their business, or even in the area of talent management. Hmmm…

My observation is that BE and BF have gotten more traction in the UK than in the US. But in the UK it’s been mainly in the government, courtesy of the Nudge Unit set up under David Cameron. But it hasn’t really gotten anywhere in the private sector in the UK, with some minor exceptions. On the other hand it has been aggressively picked up in the British universities.

It’s a different story in the US. By and large the universities have ignored these areas. So has the government sector although there is a nascent unit in the White House. And the private sector, which leads just about everything in the US, hasn’t picked it up at all save for some minor monitoring efforts in a few corporations. So in the US it’s almost dead in the water with the education, public and private sectors.

But there is a funny thing going on in the US. In the popular imagination it’s a big deal. That’s especially because of the writings of Malcolm Gladwell and the newspaper columns by Daniel Kahneman. So in the US these fields have been adopted by the great unwashed and ignored by the literati in contrast to the situation in the UK where they have been promoted by the intellectuals and government and seemingly ignored by the common people.

Why the difference? In part it’s been due to neocon influence from the Conservative Party and David Cameron’s enthusiastic acceptance of the ideas in these fields. The vision is the potential for promoting real change in society and the economy by acting on behavior rather than on legislative fiat. In the US the neocon side has fallen into disfavor under the influence of a Democratic government which comes from a much more socially-oriented perspective.

But I think there’s another factor at work. No-one (except us, see below) has yet created a killer app for BE and BF. It’s a good theory and there’s a lot of interesting work going on. This connects these fields to intriguing new areas in neuroscience, neuroeconomics and the like.

But how do you use it in practice? To get to the real point at least for the private sector, how do these fields help you make real money? So far that has been an elusive goal. The fact that the work has mainly been done by academics whose interest is intellectual rather than monetary (and mercenary) has added to the lack of interest from the private sector in both countries.

The behavioral theories, including those of economics and finance, remind me a lot of string theory. That’s a popular new theory of physics that claims to unite the theories of relativity, quantum physics and gravity. That’s the holy grail of physics and string theory seems to put it all together in a beautiful and elegant way.

There’s only one problem though. There are no unique solutions to the equations of string theory. It gives rise to multiple dimensions, maybe 10 or 6 but we don’t know coz the math breaks down. So although string theory provides searing and even jarring insights into the nature of reality, you can’t use it to figure out how to boil your skimmed milk for a mocha latte.

String theory has been developed by philosophers (pure mathematicians) for philosophers and has spawned a ferment amongst them. So far though the engineers aren’t impressed because it does nothing for them. Until they can see a practical use they’re going to stay on the sidelines.

I think that’s what has happened in the behavioral strategy space. There some great insights and some of these can be used to create some new approaches to social problems. But for the private sector it does nothing to make it more money, solve macroeconomic crises, or predict which companies will fail or succeed. You can’t use it for derivatives and exotic synthetics or all the cutting edge finance stuff. Interesting yes, useful no.

My own company has, though, developed what we believe is the killer app. Our psychometric assessments predict whether individuals or teams will make money and also predict the enterprise valuation impact of these individuals and teams, even in quantitative terms.

But the government mandarins and academics who are trying to apply behavioral theories in the real world generally don’t see the relevance of this work to the government sector and the private sectors have – so far - been too hidebound to make any changes. That’s despite the drubbing they received in the GFC and the problems that surfaced with their misuse – and sometimes abuse - of financial instruments such as ratings and derivatives.

The government and academics don’t care about the money-making part so have ignored the financial aspects – including those that relate to the crucially important government fisc. The private sector – especially the financial services area – has recently been making money up the gazoo so they don’t want to rock the money love-boat.

In addition the private sector mostly has a condescending view of behavioral theories- they see them as being imprecise and squishy, for softies and arts types, not for hard-headed business people. As a result they are missing out on the next revolution in behavioral finance – just like the governments are.

We see interest in the practical aspects of behavioral finance increasing rapidly. I would predict that approaches such as ours will soon hit the big time as the private sector finally recognizes it has a new tool that can address the problems that traditional economics and finance can’t. I’m not so sure about academics and government though.

That’s my story. Let’s see how soon the public and academic sectors can pick up on this so that they don’t get pipped at the post by the money-grubbing titans of the business world.

When will traditional economics finally be put in its proper place as a semi-useful but misleading theory?

“The Big Short” – The Real Problem with Ratings
Can we create irrational AI?