“The Big Short” – The Real Problem with Ratings 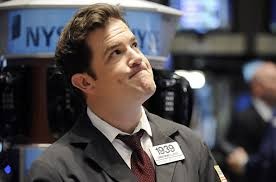 Did you see “The Big Short”? I’m sure Bernie Sanders is having a field day, his ticket to the big job he thinks. It’s worth seeing if only to reveal the zeitgeist in 2007, a fin de siècle moment. Naturally it paints the banks and the ratings companies in the darkest of colors.

So what went wrong with the mortgage bonds and such-like? The film suggests probably fraud, at least total fecklessness. Obviously a whole lot of people didn’t know what they were doing. A whole lot did, got caught up in the moment. That tends to happen to most people when they can make a lot. Not just banks – politicians too as has been amply on display recently.

But here’s my take on it. Whatever the problem with banks and ratings companies there’s one in particular that hasn’t even been mentioned. Yet it’s a – if not the - fundamental flaw in the ratings model used by all ratings companies and banks. When doing their models, analyses and algorithms they take no formal account of the behaviors and the innate financial styles of the key players.

Full disclosure: I’m the founder and CEO of a company that has developed products that address this issue, see www.perthleadership.orgAnd btw, I happen to believe in financial services companies, banks and ratings companies. They perform a crucial task in any modern economy. That doesn’t mean they don’t have some big issues. That’s what “The Big Short” shines an unforgiving laser light on.

Do you think you could predict the future performance of the Yankees without taking Alec Rodriguez into account? Wouldn’t that be totally insane to do so? Yet that’s what the ratings companies do. They don’t take into account the behaviors and innate financial styles of the specific leaders and management teams of the companies they are rating! Sure, they do interminable analyses of the results of the companies. But they don’t tie them back to the management teams, leaders and other crucial players.

So if they rate a company, they get the same results whether or not it’s Attila the Hun, Mother Teresa or Joe Schmoe running the company. The theory is that as long as you analyze the results of the company, you can predict into the future, no matter who is or is not running the show.

It was the same problem with the mortgage bonds. The raters created the mortgage bundles and then rated them on the underlying mortgages.

What about the cataclysmic collapse of Lehman Brothers? Wouldn’t it have helped – nay, been obligatory – to rate the behavior and financial style of Dick Fuld, the CEO who led the company and its global investors off a cliff? The guy who misled – or worse – the auditors of Ernst and Young to issue a clean bill of health on the looming biggest business failure to date at that time? Couldn’t that have been predicted if behavior had been analyzed, not just past results? Isn’t that why the ratings companies missed the boat?

And ditto for Bear Stearns and its CEO, James Cayne? That’s the guy, you might remember, who was playing competitive bridge as the company crashed? Aren’t banks and rating firms supposed to take the behavior of leaders into account when rating a company? Surely that’s relevant? How could you not closely examine the behavior, cognitive biases and financial style of any leader or team of any company you are rating? Surely that’s what investors count on in order to get the skinny that they are paying for?

OK so if the CEO and management team are acting criminally then I don’t think it’s fair to expect ratings or audit companies to pick that up, although they presumably have some responsibility not to overlook obvious signals. But if it’s egregious, visible behavior, even if not criminal, that’s definitely fair game for the ratings companies.

But even more important is the capability to judge the management team on the basis of its financial styles and cognitive biases and therefore the likely impact on financial outcomes.

Public companies are supposed to have financial transparency. That’s at best an ideal and it’s often not achieved due to the strategies that many public companies implement to conceal their true position from the public.

So shouldn’t we also aim for behavioral transparency on the part of management teams? Wouldn’t that give us additional information on which to judge and rate the company? Clearly the biographies of top executives provided in proxy statements are usually worthless in this regard, airbrushed as they are by the IR people and the vanities of the management team.

So ratings companies should aim to achieve behavioral transparency too! By that I mean about the financial styles and cognitive biases of the management team. That’s probably the only way to counter misleading – or worse – financials. So it’s too hard? My company can do it, so why can’t they?

Amazingly the banks, ratings companies, Congress, politicians and even the victims have never raised this issue. Nor even the SEC whose job you would think this is. Yet it’s the elephant in the room! How can you rate the performance of any company, instrument or financial creation if you don’t understand the financial behaviors and styles of the people who created them or run them? Yet that’s how they still do things in Wall Street.

We all know that looking at financial metrics is looking in the rear vision mirror. They reflect what already happened. As it says on all fund prospectuses, what happened in the past is no guarantee of what will happen in the future. Ratings caveat emptor.

The only way in financial matters to predict the future, at least of companies, is to understand the behaviors and financial styles of the leaders and management teams. If you swap Denis Kozlowski for Steve Jobs there will likely be a big change in performance. But ratings models nowhere take that into account.

That’s why behavioral economics and finance are starting to become hot. That’s what they do – take management financial behaviors into account. In the trade it’s called cognitive biases. The ratings companies and banks are still in the Dark Ages from this perspective. They are still using old school economics. They are still generals fighting the last war.

Behavioral economics and finance do something else that’s even more important. They take into account the likely irrationality of these players. That’s in contradistinction to ratings models which assume that everyone is rational. Another strike against the banks, ratings companies and the quants that can never do any wrong (with the unique exception of Long-Term Capital, right?).

It’s clear that the only way of righting this egregious wrong is to adopt behavioral finance approaches that will correct for these problems. Sure, even they are probably not going to solve all the problems of the banks and ratings companies. But at least it’s a start.

And at least it’s an admission that current ratings models don’t incorporate any formal reference to the thing that drives everything in financial matters, that is human behaviors and financial styles of leaders, and the designers and creators of funds and financial instruments.

“The Big Short” raises a lot of interesting issues. But it didn’t utter one peep about the biggest issue of all – the total lack of understanding and formal analysis of the financial behaviors and styles of the key players in the Wall Street game.

After the Great Recession the vultures hovered above the ratings companies for a while. Then they went away. “The Big Short” shows they’re back.

The ratings companies are going to have to solve this problem or the vultures are going to swoop in to finish the job they threatened to start but never did.

Bernie Sanders would love to be in on that one. Even some of the politicians on the other side of the aisle want a piece.

Far better for the ratings companies to solve this one themselves before the enemies of capitalism – and even some of the friends - do it for them, and permanently emasculate them in the process.